She’s singing her blues away 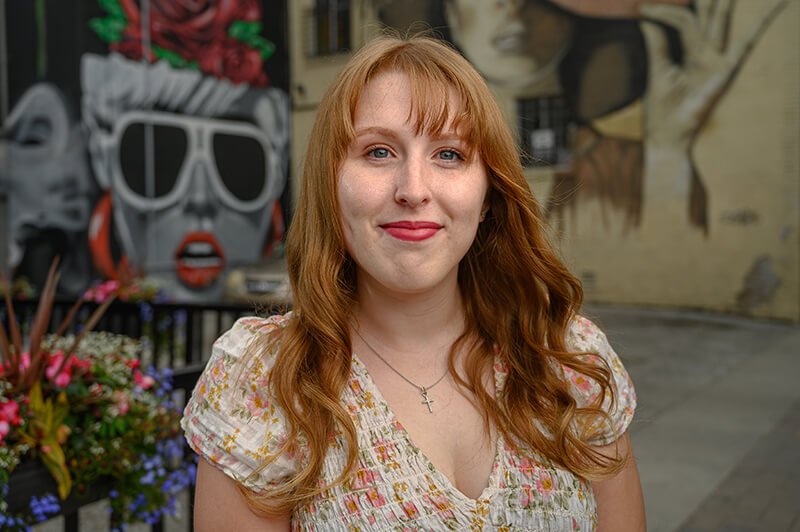 A 12-year-old girl sits on her bed with a pen and a notepad. A well-loved acoustic guitar stares at her from the corner. She still feels the echoes of her Taylor Swift CD, which she had been dreaming to, on her stereo, in an effort to soothe her mind.

She has suffered from anxiety and other mental health issues since she was 10, and Taylor gets her—with her young relatability, her calming voice, and her songwriting, which can range from cheerful to morose.

Young Tayler Lynn hums a melody and starts putting pen to paper. It just feels right. She picks up her guitar, and starts pairing chords to her humming—the sweet release of music flows through her veins.

At 23 years old, country singer Tayler Lynn, credits music with helping her cope with her mental health issues. Her discovery of Swift, at the age of eight, fueled her interest in music and has put her on a trajectory to become a hot new talent in the local country music scene.

“I’ve struggled with anxiety and mental health since I was about 10 years old and was bullied a lot in school,” explains Tayler Lynn. “Music has been the only thing that has helped me cope.”

The Windsor native says that, as a child, she would listen to Swift on repeat and sing over the track karaoke-style. “From the first time I heard (Swift’s hit song) Tim McGraw back in 2006, I fell in love with Taylor Swift’s writing and storytelling,” she recalls. “I knew when I heard her music that I wanted to make my own but I never thought it to be possible.”

“I’ve seen her in concert twice and each time I imagine what it would be like to be up there performing my own songs and having everyone in the crowd singing my lyrics back to me. That’s the dream isn’t it? She is the golden standard of a successful and lasting career and is the master of writing evergreen bops. That’s everyone’s goal, to write music that stands the test of time. That’s why I look up to her, among her many other talents and traits.”

By the time Tayler Lynn turned 12, she took her love of country music to the next level and started pouring her soul into her music.

“Creating and getting lost in the stories I’ve written was, and is, very therapeutic for me when it comes to my mental health. It’s an escape from my overthinking brain.”

“I would write songs during class at school, in the middle of the night, during pretty much any free time I got. I kept them to myself for years—six years to be exact. I released my first song, Better Than This, onto the internet when I was 18. Since then, I have released 21 songs, all written by myself, 10 produced by myself in my bedroom and 11 produced by my producer, Justin.

“I’m just a girl who makes music in her bedroom hoping that my songs can make at least one person feel less alone.”

With her newly-released first EP (extended play), Yours Truly, Lynn has started experimenting with more daring formats, as her songs coalesse through common themes and concepts.

“Yours Truly is my first release that’s not a single,” she explains. “I’m technically releasing all of the songs as singles and then compiling them into my EP on streaming platforms once they’re all released, just due to the fact that singles perform better nowadays.

“With the rise of TikTok and short attention spans, I felt it would be most beneficial to release and promote each song individually. I pretty much wrote the whole EP about this one TV show I love called One Tree Hill. I wrote about the storylines and characters in the show. My song, Second Guess, is about two characters on the show who are in a relationship but everyone doubts their relationship. They say they’ll never make it and they’re just a fling ’cause they’re young, but they end up staying together for years and have two kids—so they beat the odds.

Tayler Lynn is very excited about her latest single, Play It Safe, which hit streaming platforms on May 27.

Despite not being able to perform live for the past two years due to COVID-19 pandemic restrictions, at the Strawberry Festival in LaSalle on June 9, Tayler Lynn was able to sing her soul out to the masses once again. Armed with new songs and old, just like Taylor Swift did for her, hopefully Tayler Lynn inspired someone in the crowd to sing away their blues too.

Tayler Lynn is active on Instagram, TikTok, YouTube, and Facebook and is available for booking through her platforms. Her music is available through all streaming platforms, including Spotify and Apple Music.