The CEO of CanAm Currency Exchange discusses the potential upcoming financial collapse and how you can protect yourself
Author: Matthew St. Amand
Photographer: Syx Langemann
2 weeks ago
|
No Comments
Share On 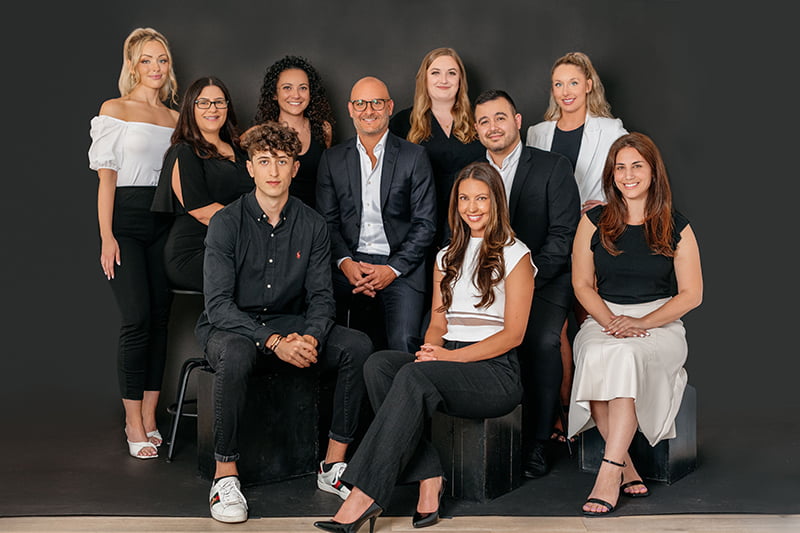 Michael Piccioni, CEO of CanAm Currency Exchange, has a way of breaking shocking news. Hearing what he had to say is like receiving a bee sting: an initial prick of discomfort, and then a moment later the full throb of pain—reality—takes hold.

Within a few moments of beginning his interview with The Drive Magazine, Michael spoke in apocalyptic terms.

“This is why I wanted the cover,” he says. “I want the people of Essex County to know what’s going on—what’s coming—and how to protect themselves.”

“What is coming?” his interviewer asks.

“We’re in an ‘everything’ bubble,” Michael replies. “I think the bond market will collapse, the stock market will crash, and the housing market will crash. We’re looking at a whole different world. When all three asset classes begin to collapse, people will look for  alternative investments”

For as harsh an assessment as that might sound, Michael has two things on his side: numbers and history. However, he also has the solutions.

“We are seeing a rapid increase in inflation similar to what we saw in the 1970s. In the late 1970s an ounce of silver increased from $1.33 to $50, and an ounce of gold increased from $35 to $800, in only a few years,” he says. “The main cause of this was inflation rising from five percent to twenty percent in the same time period. The U.S. Federal Reserve stopped that inflation by drastically raising the interest rates to twenty percent, which led to the crash of the housing market.”

He continues: “However, this time is different. They do not have the luxury of raising interest rates to the same level as inflation because it will cause the entire financial system and housing market to collapse. They will likely have no choice but to let inflation run wild.”

It is difficult finding a flaw in Michael’s logic. He notes that everything runs in cycles. That is certainly true.

“The bond market, the biggest bubble of them all, has been inflated for the past forty years, due to the continued reduction and suppression of interest rates” he says. “That’s more than others.  The stock market has been in a fifteen-year bull market, which is more than double the average of the seven-year cycle for stocks. We may have reached the top in the stock market. I believe we have reached the top in bonds, stocks, and housing.”

Michael points out: “The U.S. dollar is down ninety-seven percent since 1913, when the U.S. Federal Reserve was created.”

So, now that everyone’s pulse is pounding, what in the world can investors do to protect themselves from the Great Reset?

First things first: “People should have between ten percent and twenty-five percent of their portfolio in precious metals,” Michael says. “I would push more on the higher side because the time we are living in right now is the perfect scenario for gold and silver. Inflation is at a forty year high and precious metals has always been the best hedge against inflation during periods, such as this. The war in Ukraine and the whispers of a potential nuclear war are also great reasons to invest in precious metals.”

For those who are interested in moving towards precious metals, CanAm Currency Exchange has a range of solutions.

As a registered dealer with the Royal Canadian Mint, CanAm has a large selection of coins, bars, and rounds from mints around the world.

“CanAm is the only walk-in retail precious metals dealer in Windsor,” Michael explains. “This is important. Working with other dealers, customers can wait between two to four months to have their silver delivered, for instance. At CanAm, you can get it right away—within certain limits, of course. We have a large inventory of bars, coins, and rounds, which allows us to fulfill customer orders immediately.”

More than that, CanAm saves customers money on currency exchange transactions. Human beings are creatures of habit, and the habit, right now, is going into a bank for such transactions. That is fine but dealing with banks comes with one unavoidable detail: fees. High fees. Hidden fees.

“Our main foreign exchange customer base are people working in the U.S. and businesses who deal with the U.S. dollar,” Michael says. “We have thousands of cross border workers, engineers, medical professionals, and businesses. Working with CanAm, they can save up to three percent from the banks when they are selling or buying U.S. dollars. Consumers have educated themselves. People in Windsor are savvy when it comes to exchange rates.”

It was around 2016 when Michael saw a void for foreign exchange companies in the area. As a border city, there is high demand in Windsor for buying and selling U.S. dollars.

“Windsor is the busiest city in Canada for foreign exchange—with import/export companies, tool and die shops, cross border workers, and travellers,” Michael notes. “CanAm has full corporate services—currency risk management and hedging strategies for every business. We built a whole system so clients can book transactions online. I saw an opportunity that didn’t exist in the area and created an online trading platform that allows our customers to book their exchanges from anywhere.”

Signing up for CanAm’s online trading platform can be done in less than five minutes on their website. Once a customer has registered, they can begin booking their exchanges the same day.

CanAm can also help people buy and sell real estate in other countries.

“People buying cottages and houses in Florida, for instance, can save a lot of money on these transactions working with CanAm,” Michael says. “People don’t realize this. Usually, they go through their bank and pay all those high fees. CanAm will save them significant amounts of money, as we are up to three percent better than the banks.”

One aspect of the business Michael takes pride in is educating his customers.

“We do this through social media,” he explains. “We’ve turned our Instagram and YouTube channel into education platforms. We make two to three videos per week explaining the importance of precious metals, differences between coins, rounds, and bars, how and where to buy and store your precious metals, and a variety of different foreign exchange topics, such as the U.S. forecast, foreign, and exchange spreads.”

So, how does one get started with CanAm?

“Register on our website,” Michael says. “Upload your documents to our secured online portal. Set up an account and start trading from day-one. Or you can walk into our store or call-in and speak with one of our team members.”

CanAm anticipates having a full-service online precious metals store by the end of December 2022.

“Customers will have the ability to pick up their order in-store, or have it delivered,” Michael says. “We plan to offer this service to all of Canada and the U.S.”

Michael firmly believes we are living in extraordinary financial times, the like of which we may never see again in our lifetimes. This is not just a business to him. He is in the mix with everyone else.

“I’ve been married to my wife, Stephanie, for the past thirteen years,” Michael says. “We have two amazing children, Ella, ten, and Mikey, eight. Like everyone else, my primary concern is preserving my family’s future security and comfort.”

Find out more about CanAm Currency Exchange at www.canamcurrencyexchange.com.

You told us about your Christmas traditions and we share them