Fearless and feeling the fantasy 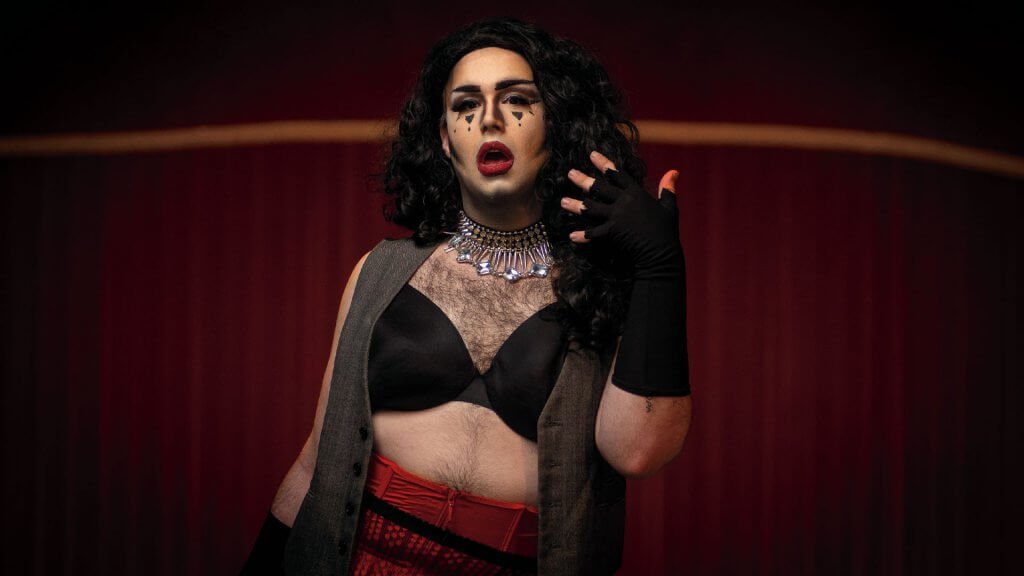 There is a strong sense of pride among Windsor’s LGBTQ community, one that is unique, vibrant and diverse

But there is something missing.

The nightlife, which has always been integral to gay culture, is practically non-existent in Windsor’s gay community. History shows that past generations of the LGBTQ community have had to fight for acceptance in traditional society. At one time, gay bars and clubs were the only place people had to express themselves freely. Identifying as LGBTQ has become widely accepted, but there are some who are still uncomfortable being themselves outside of gay spaces

As a gay man myself, I was closeted the first time I ever experienced a gay night club. It was the Legends of 2012 in Windsor, a bar that lasted for about five years until it closed in 2013. I remember everyone being so comfortable and free to express themselves—whether it was dressing and dancing a certain way or kissing who they wanted to. Still struggling with my own sexual identity, I felt liberated

I spent my early teenage years in denial. Constantly monitoring the way I walked, the tone of my voice and how I acted, I felt the need to create this perception of myself based on what I thought others expected of me. I was lost, but by being able to be around other people like me, I learned to love myself as a gay man

Today in Windsor, there are only two small gay bars. When it comes to events with larger capacities, promoters must look at other venues.

Last month, the city had one of its biggest drag queen events to date. What A Drag, a two-hour drag queen cabaret, made its debut at RockStar Music Hall on Central Avenue

The event featured a total of eight drag queens—three who are local, two originally from Windsor who moved to Toronto and the others from London, Ontario

Lawrence Lavender, the organizer of the event, says there are not a lot of opportunities for local drag queens to showcase their talent. “I’ve been [in Windsor] for about 12 years and while we’ve had other shows in the past, as far as a two hour drag cabaret, where it’s one queen after another, it’s the first time we’ve had anything like that.

“Other cities this size or smaller have that on a consistent basis,” he said. “I put the work in because the community needs it.

Without a nightclub scene, we don’t have that part of our culture.”

Understanding that the lack of spaces makes it very difficult for people in the LGBTQ community to come together, there are people who are trying to provide the community with opportunities to do just that

David Lenz, president of Windsor-Essex PrideFest, has volunteered with the LGBTQ community for more than 14 years. Lenz’s involvement in the community stems from his experience growing up and not feeling accepted where he was living

He is one of many who organize the annual PrideFest, which is in its 26th year. “When I moved to downtown Windsor, things changed and my mindset changed,” he said. “That’s why I started getting involved, because I wanted to change what I went through, alongside others.”

This year, the festival is being moved from the riverfront plaza to Lansbury Park. He says they made the decision to move for a multiple of reasons—the plaza is too big a space to completely fill up and there are no trees or grass. With the sun beating down on the asphalt, it gets too hot. Moving it to Lanspeary Park, he said, “seemed to be a win-win for everybody.”

Stephen Drouin is one of Windsor’s drag queens. In the drag world, he is known as Hawaii Goodvibes. Born and raised in South Windsor, he attended a Catholic grade school. In grade two, he was called gay by another student and that was when he explored the idea of what being gay meant. Years later, when Drouin came out to his family, he says he was supported but felt his mother had certain expectations for him to meet

“I would say I rebelled a little bit and that’s the reason why I was homeless at 15 and just doing me,” he said. “I wanted to be on my own road and do it my way.”

Being homeless was difficult, but Drouin says people in the gay community made it easier for him to get back on his feet. Drouin has pursued a lifestyle fuelled by fashion, drag and community engagement

“Drag in Windsor is hard; you’re constantly innovating new ways to keep it going,” he said. “In Windsor, as a drag queen, I am content and I think that’s the greatest way anyone could feel.”

Kyle Pitre is another drag queen in the city of Windsor. As a queen, he’s known as Ariel Attack. Pitre was raised just outside of Windsor in Tecumseh, where he is currently still living. He was 16 years old when he came out. “Coming out was interesting,” he said. “Ironically, I was shopping for my girlfriend’s Valentine’s Day gift at the time and I remember thinking that some guy was cute. As soon as I put the pieces together, I didn’t really have that moment where I felt the need to hide it.”

As a teenager, Pitre considered himself to be an outsider and he channelled that into his drag, creating a bold, punk rock queen. It’s a form of self-expression for Pitre. “I am a singer and that’s what is going to set me apart from other queens,” said Pitre. “I’m still new to drag—there will be time for me to work on my look—but when you come to see Ariel, you’re coming to see her sing.”

“It’s up to me as an artist to make things happen,” he said. “It’s my job to be the artist—the drag queen—and create things for other people to feel like they don’t have to leave this city to be successful.”

The full schedule of upcoming programs and events in Windsor and Essex County can be found on Windsor-Essex PrideFest’s website,