Julien’s legacy is one of healing 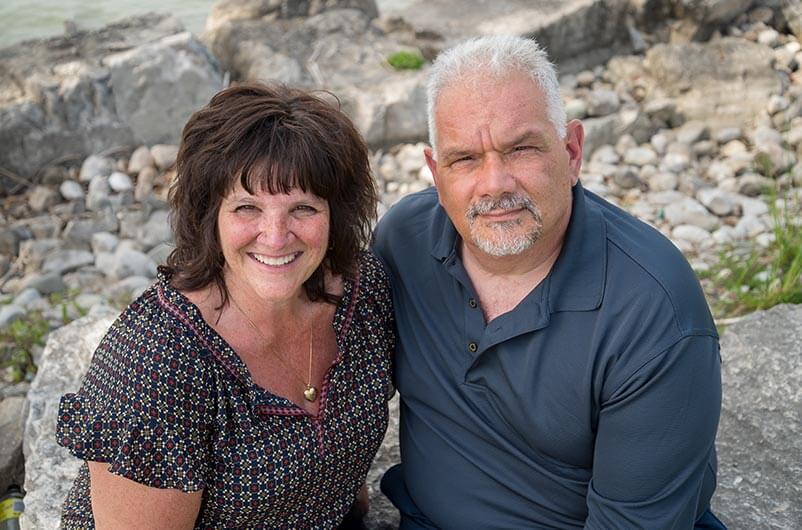 It could be a fleeting glimpse. The way light prisms through the living room window evokes memories. You think you hear his voice, but it’s the whisper of a radio as a car passes the home you once shared. You feel his hand brush your shoulder, but it is just a breeze. His presence is inescapable, but he is no longer here.

It feels like a cruel trick. When a loved one is gone before their time, we are left picking up the pieces of our lives. We struggle with the powerlessness of the situation, the fear of being alone in this world, and being forced to carry on without closure for someone that, for you, was the bedrock of your being.

Whether it be cancer, a car crash, a workplace accident, or any other mechanism – the result is sudden, cold, and life-altering.

For the friends and family who remain, mourning takes on a life of its own. Emotions and memories come in waves that you have no option but to ride out. The question is: which direction is your ship sailing? Further out to sea or back to shore?

In May 2011, Julien Gaudet breathed his last breath. A bright star in the lives of many friends and family flickered and faded in their night sky.

It was two weeks until prom. He had his tickets and had rented his tux. His girlfriend had picked out the perfect dress. They were ready to step out of high school and into their future. Little did they know, it was all for not.

“Julien was such a humble, loving, curious child,” recalls his mother, Christine. “Julien was the type that if he was lying down on the carpet watching TV, the minute a commercial would come on, he’d get up and give you a hug and snuggle.”

Two years younger than his sister, Rachelle, he was always there for his friends and enjoyed team-oriented sports like broomball and baseball.

“He was known as the big teddy bear at school, constantly giving people hugs,” says Christine. “He was the gathering person. If they were going to go do something, Julien got everybody together.”

On the night of the accident, Julien and a few of his buddies had planned to see a show in Lakeshore. He was supposed to work at Subway until 8 o’clock but was able to get out early because a co-worker came in to cover. He decided to buy her an Iced Capp from Tim Hortons to say thanks.

“That was Julien,” explains Christine. “Julien was always taking care of everybody. He was about family, friends – it was his whole world. To him, nothing else mattered but family and friends.”

Minutes after gifting the Ice Capp, Julien was involved in an automobile accident that would eventually take his life.

A decade later, his generosity and legacy live on through Julien’s House, a bereavement support centre that aims to heal those wounded by loss through companionship, education, and support.

Julien’s house, since its inception, has helped countless families through the bereavement process, helping family members and friends deal with the grief of a lost loved one. For the Morneau family, the loss of both parents highlights the importance and need for bereavement support.

Grief is a slippery slope. It’s cyclical and comes in waves. For almost five years, Jack and Denise Morneau have lived with not just the loss of their son, Rob, but also his wife, Tricia.

On that day in November 2016, we’ll never know what flashed through Rob’s mind in the instances before a workplace injury took his life. A loving husband and father, a dedicated hockey and baseball volunteer in the Riverside area, his sudden passing left behind two young sons and a wife battling for her life against cancer.

At 44 years old, Rob passed away after he fell through a skylight while working in Oldcastle.

“Tricia was sick prior to his death, and we were all taking turns driving her to London for treatment,” laments Denise. “So tragic it was. Suddenly, he was gone, and that made it so much harder for her. As hard as she fought that disease, you could tell that she missed him so much, and it would have been the same way the other way around.”

“He’d be driving her to London and back and taking care of her,” recalls Jack. “When he died, it was just awful to see her response, losing him when she needed him the most. The day he died, I’ll never forget the things that happened. I replay that day almost daily. To this day, it’s hard to believe that it happened”

Tricia would succumb to cancer in December 2017. Their two sons, Noah and Christian, moved in with Rob’s youngest brother, Andrew, and his wife, Leslie.

Jack says that after Rob’s passing, he was contacted by a baseball coach from North York with condolences and memories. He says one of Rob’s greatest attributes was his sense of sportsmanship and the respect he instilled in his players.

Both Noah and Christian are proficient hockey players, baseball players, and golfers and routinely go golfing with their uncles. The Morneaus say that Andrew and Leslie have done a marvellous job raising the boys and that Noah’s dedication to hockey led him to be drafted by the Windsor Spitfires.

Jack and Denise credit the benefits of bereavement support as a major factor in their healing over the past five years.

“I don’t know how we would have got things together without the support that we had from this group of people that we met,” states Jack. “There were all different types of reasons (they were there), and we were able to sit down with people that were going through almost the same thing as us, and share our experience and hear other people say, ‘Yeah, I feel that way too.'”

“We would never wish this on anybody. We’re not supposed to bury our children,” mourns Denise. “Rob was 44. There are older parents, and parents that lost children when they were very young, but, no matter what, it’s tough anytime, anywhere, so if we can be there to support anybody, that’s why Julien’s House is such a great opportunity for all of us – for those of us who have been through this – to be there for others.”

The realization of a bereavement home in Windsor has been something Colleen Campo and Christine MacMillan have dreamt of since they received their training in Cambridge almost 15 years ago.

“(Our training) was in a home run by former bereaved people who had staff who were also bereaved,” recalls MacMillan. “We got the idea: ‘Why can’t we bring something like this to Windsor?'”

While working with the Canadian Mental Health Association, the pair came across the Gaudets.

“Colleen had the privilege of working with the Gaudets and suggested to them when it was appropriate in their grief journey to get similar training to what we got,” explains MacMillan.

“Maybe a year and change into participating in the group, my wife and I then came to the realization that this was something we believed we could do moving forward – helping other parents,” recalls Julien’s father, Germain Gaudet.

Germain and Christine took a sabbatical and went to the Coping Centre in Cambridge. Driving down Hwy. 401, the couple started discussing the fate of an income property they had been holding onto along County Rd. 42 and came up with an idea – Julien’s House. The Gaudets came to Campo with their idea for the home, and she confessed that she and MacMillan were actively interested in the same concept.

“We’ve done bereavement in this community for over 20 years, and this is our legacy,” states Campo. “Grief is like a rollercoaster. One day you’re doing well, and you think, ‘Okay, this is good.’ We’re in a death-denying culture that wants us to be well right away, back to our old selves right away, and we know that we aren’t. We grieve physically, cognitively, spiritually, and behaviourally.”

Julien’s House offers biweekly support, educational sessions, restorative activities like gardening, painting, and ice cream socials, and a companionship program. For one Windsor mother, companionship with another widow turned into healing and a lifelong friendship.

Darcie Renaud and Shane Knapp were high school sweethearts. Shane was a skateboarder and the singer of a punk rock band. The first time Darcie laid eyes upon him, his band was playing at Jimmy’s Pub in Amherstburg. She was 14 years old, and he was three years older, but she gravitated towards him. Two years later, they started dating. Despite her moving to Toronto and a subsequent breakup, they were meant to be. They got back together and eventually married in 2010.

“If you ask anyone about Shane, what describes him best – he was hilarious,” smiles Darcie. “People, to this day, including my sister, say that he’s the funniest person they’ve ever met and will probably ever meet.”

Darcie says Shane’s passion was collecting records, in the thousands, a collection she still keeps and says she will never part with. She states that he was very loyal and a good dad, as well as a good son who worked for his father in the family business.

On February 27, 2015, Darcie’s world came crashing down. She had taken a sick day from work to get some stuff done. Seven months pregnant, she dropped off her three-year-old son, Henry, at daycare. It was her father-in-law’s birthday, so she joined them at the office for lunch before heading to Zehrs for some shopping.

“I was in the grocery store maybe 45 minutes after I had left the office, and I looked at my phone and saw there were like 15 missed calls,” recalls Darcie. “I called Shane’s dad back, and he was screaming into the phone, and I’m in the baby aisle with a cart full of groceries. He told me something had happened to Shane, but he was hysterical.”

She soon learned from a paramedic that Shane had died. He had been pinned between a tractor and a train car in a workplace accident.

Darcie doesn’t remember how she received Christine MacMillan’s phone number but says it was a godsend.

“I called her originally to ask her how to deal with my son. What do I do here? Tell me what the right thing to do is because I have no idea,” she recalls. “She ended up coming to my house for grief counselling once a week for an entire year. That was so helpful. I don’t know what I would have done without that.”

Christine suggested companionship for Darcie, which led to her meeting Erin Schauer one fateful day over coffee. It was an instant match.

“We met in Starbucks, and we’ve been close ever since,” explains Darcie. “She said that the moment I dropped an F-bomb that she knew it was meant to be.”

In 2015, Erin’s husband, Ryan, also passed away in an industrial accident. She had a son just about Henry’s age and found out she was pregnant a week after Ryan’s passing, similar to Darcie and her newborn daughter Hazel.

Today, Darcie wants to help others and has joined Julien’s House as a board member. Julien’s House is here to help people deal with loss, and with the experience of Campo, MacMillan, the Gaudets, the Morneaus, and many others who are bereaved, they are ready to help.

“I want to move the perception of grief,” states MacMillan. “It’s not an illness. It’s not something we get over like a broken leg or a cold. It’s something we have to experience, and it’s the result of loving and being attached to someone. It’s a normal process. If you take the risk of loving, you also risk grief.”

For more information on Julien’s House, please visit their website at www.julienshouse.ca.

A sense for scents