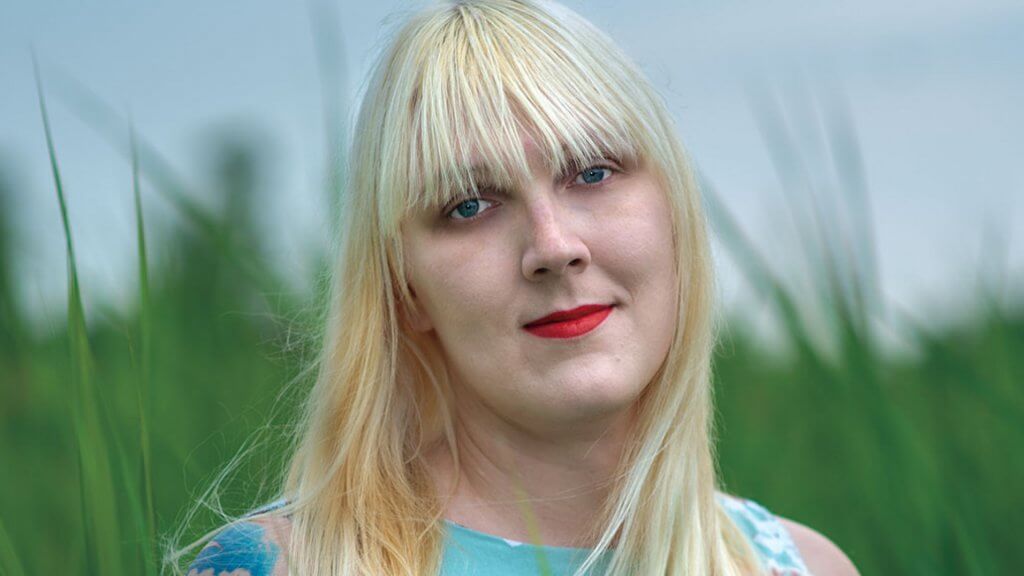 Canadian literature is known for pushing the boundaries of fiction, whether it’s through the early feminist work of Margaret Atwood or explorations of indigenous issues in the works of Katherena Vermette and Cherie Dimaline. Now Casey Plett is breaking ground with her phenomenal new book, Little Fish, giving readers a closer look into the lives of transgender people

Plett knew from a young age that she was transgender but never took it seriously, which was a manifestation of internalized transphobia—her own fear and subconscious discrimination prevented her from being true to herself for a long time

“Not that I had an awful childhood, but it could’ve been better,” Plett said

Things got better when she moved to Oregon with her mother and stepfather, attending middle school and high school in a small town called Eugene, Oregon. Plett immersed herself in performing arts and had a really close group of friends

After high school, Plett moved to Portland to attend college and then New York for grad school. Though she was aware she transgender, she never took it seriously until after college, when she decided to transition while living in New York

“Gender dysphoria sucks and there are only a few things you can do about it. I did it and now I experience a fraction of what I used to and that’s wonderful,” Plett said

All too often, the lack of family support makes a trans person’s transition more difficult, and several trans people have shared their stories about what happens before someone transitions and what that process is like. But rarely do we read stories about their lives after transitioning

And Plett’s writing shows some of the darker sides to those things. In terms of fiction, she’s always been drawn to characters who examine the complexities of their lives

“It could be complications with family or substance abuse and I have never seen any trans narratives explore these topics,” Plett said

There was an instance where Plett was turned down from a job because she was trans. “I was three years in already and it was obvious what was going on,” Plett said. “I think a lot of people who are marginalized feel this way—you don’t exactly know where you stand and I find that kind of messes with me a little more.

“I was used to this stuff happening, which sucks and it bothered me,” she added

The experiences Plett has had as a trans women shape the stories she writes. During an interview with Plett, I could sense a lot of emotion goes into her fiction. Plett creates characters that are complex but relatable, giving us a sense of what life is like for trans people and how difficult it can be

In 2015, Plett won the Lambda Literary Award for transgender fiction for her short story collection, A Safe Girl to Love, featuring 11 stories with settings ranging from a rural Canadian Mennonite town to gay bars in Brooklyn, where young trans women stumble upon loss, sex, harassment and love

Her most recent book, Little Fish, features a trans woman named Wendy who discovers that her own deeply religious grandfather, who died when she was young, may also have been a trans woman. Throughout the book, Wendy runs into many obstacles as she tries to discover the truth about her grandfather.

“While writing the book I was thinking if I had someone in my family that had been transgender, I probably never would have known,” Plett said. “It would’ve been a secret that they kept until they died. I just felt so strongly like I had these thoughts and this story I had to work through and get out, that if I didn’t get it out I’d just lose my mind.” As the fictional character uncovers the mystery of her grandfather, readers get a well-rounded look at the complex life and friendships Wendy has. Intertwined with the main plot is the recurring theme that even though she has fully transitioned, Wendy’s life is still complicated by society’s expectations of sexuality and identity.

The book developed into its own as Plett was outlining it as a short story and realized what she was writing could be a novel. Since the book’s official launch in spring 2018 by publisher Arsenal Pulp Press, Plett has been able to tour across Canada and into New York City, and receive feedback from her readers, which has been overwhelmingly positive. Now Plett is back at work as the publicity and marketing coordinator at Biblioasis in Windsor, Ontario, where she continues writing

“I’ve been very blessed,” she said