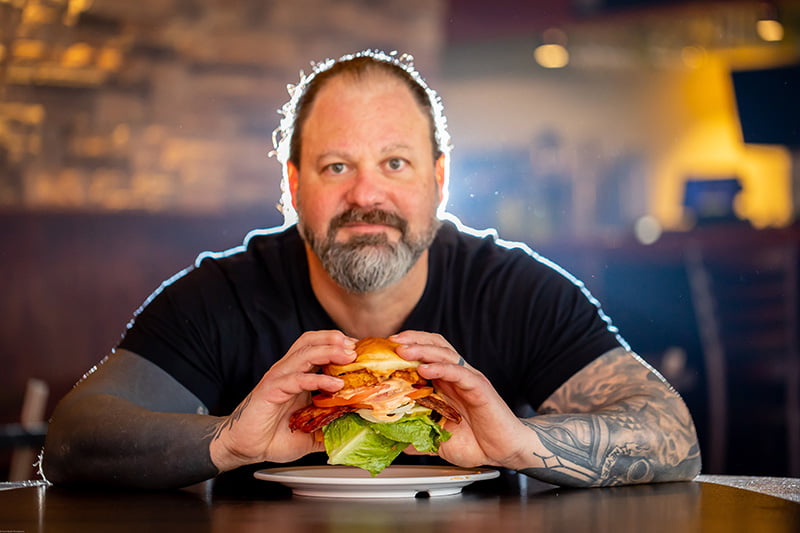 The Windsor food scene is making headlines once again. First it was our pizza, now it’s our burgers.

Mamo Burger Bar, an Ottawa Street staple for nearly a decade, recently gained international attention for landing on “The 50 Best Burgers in the World” list by global travel site Big 7 Travel. Not only did they make the list, they also placed in the top ten.

“Somebody sent me the link (to the list) one day,” says Odette. “We had actually made that list before, so I thought they were sending me the old story. Then I looked at it and realized it was a new one. After that, I started seeing it everywhere.”

Odette said a similar list was published by the site just prior to the pandemic. News was slowly starting to spread before COVID-19 lockdowns were implemented.

“Not even a week later COVID hit and we had to close, so we really didn’t even get to talk about it at all,” he recalls.

This time, word of the accolade spread quicker than Odette and his team were prepared for.

“It was just crazy how it all happened,” he laughs. “We started getting really, really busy almost overnight.”

“The list came out and we had already put our (food) orders in for the week and did our schedules so everything was pretty much set and then we just got hit,” he continues. “We actually had to close early a few times because we ran out of food.”

Odette says the phone has been ringing off the hook daily and staff have been working hard to keep up with both dine-in and takeout orders. The influx has been a mixture of new customers and regulars, he shares. People wanting to see (and taste) for themselves.

“It’s been great for business. It’s got a lot of people in Windsor to try us that haven’t been here before,” he says. “It’s just one of those things where when people hear something is the best, they want to immediately try it. It just kind of legitimizes it for them.”

Mamo is no stranger to garnering praise for their cuisine. Over the past nine years, they’ve consistently been ranked as one of the best burger joints in the city by multiple local publications and tourism agencies.

“It’s really cool. It’s kind of the whole point of having a restaurant; to have people excited about what you serve,” says Odette, who also owns the popular Georgia Rae’s BBQ & Hot Chicken restaurant in Tecumseh with his wife Tina.

So what goes into making one of the best burgers in the world? Surprisingly, not much. Odette says they prefer to keep things simple.

All of Mamo’s beef is sourced from a small Ontario farm and ground daily in house. There are no breadcrumbs, egg, or other fillers or binders. Just quality meat and salt.

“I think it’s mostly to do with the fat content,” he says. “Over the years, we’ve kind of figured out what (ratio) works best for us because that’s what makes a burger juicy.”

Odette believes variety has also played a part in Mamo’s success. In addition to their lineup of gourmet burgers with toppings ranging from peanut butter to mac and cheese, they also offer a ‘Build Your Own’ option for customers to dream up their own combinations.

“We get people who want something very simple, so they usually go for our ‘Build Your Own’ option,” he says. “We also have people who like to just make them all crazy and put like 17 different things on them.”

They offer options to suit most dietary needs, including gluten-free and vegetarian selections.

“I’m really proud of our veggie burger; we have a lot of non-vegetarians who like to order it just because it’s so tasty,” he notes. “Our turkey burger is also delicious; it’s a blend of dark and white meat and it’s very lean so it’s perfect for someone looking for a healthier option.”

Burgers come served on a brioche bun, but can also come in a lettuce wrap or on a salad.

“We can really tailor the burger to what each person likes,” says Odette. “Everyone loves burgers; you can make them as fancy or simple as you want.”

Odette says he’s happy with Mamo’s accomplishments and looks forward to continuing to build upon the concept they’ve created.

“I just love burgers and I always wanted to have a burger restaurant,” he shares. “I’m proud of the product we put out and I’m glad so many people enjoy it.”