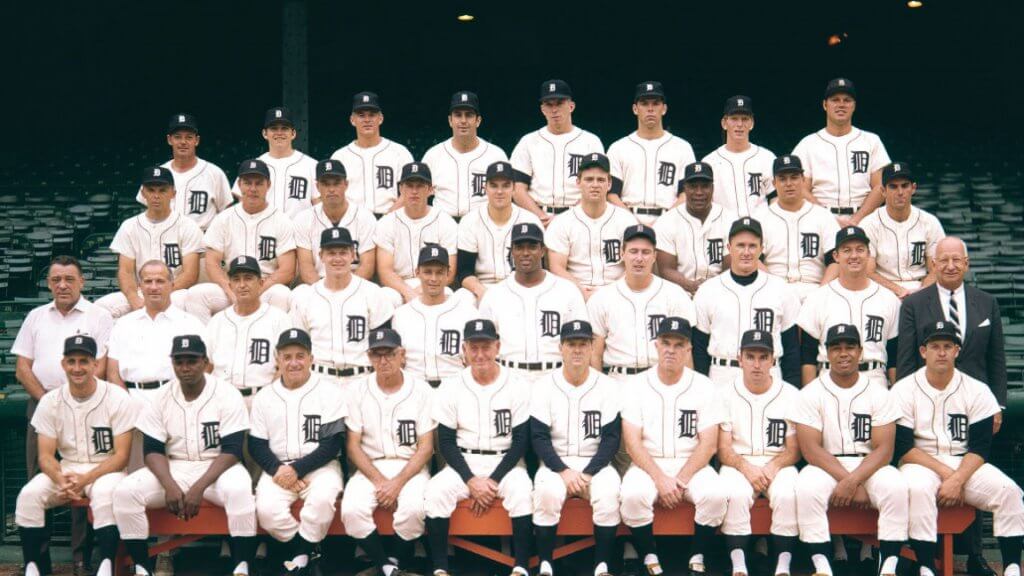 The events that led to the Detroit riots began routinely: at 3:30 am on July 23, 1967, Detroit’s 10th precinct police raided a private club hosting a party for two Vietnam War GIs returning home. The Blind Pig—an unlicensed place to get a drink after the bars closed—was above the Economy Printing Co. at 9125 12th Street (renamed Rosa Parks Boulevard) near Grand River

It was a typical hot, steamy Motor City July night. More than 200 onlookers gathered to witness the raid and arrest of 82 patrons; business as usual, as far as Detroit cops were concerned

The crowd became agitated as rumours swirled that police had used excessive force during the bust. Despite the late hour, word spread like wildfire throughout the neighbourhood, and someone hurled a bottle at a cop. The horde swelled as the danger level escalated. People began smashing shop windows and tossing Molotov cocktails, snatching loot, furniture, TVs, clothing, and food—in the blink of an eye, the entire district was ablaze

Hostilities had been building for some time. In the spring and summer of 1966, numerous incidents of looting, shooting, and burning swept across American cities. In the Motor City, tensions had been simmering between police and African-American Detroiters for years, with police being accused of regularly ‘overreacting’ to minor incidents

The situation on 12th Street was out of control, yet authorities did not immediately dispatch reinforcements—the plan was to “contain” the troubles by cordoning off the neighbourhood. Notably, there were only 200 Detroit patrolmen on duty that evening, as many were on vacation.

A small police squad attempted to quell the situation, based on presumed lessons from previous disturbances, by persuading local media to impose a temporary news blackout. But as looting and shooting escalated, the National Guard and eventually United States Army Troops were deployed.

The “troubles” soon encompassed more than 14 square miles within the city. Unlike earlier outbreaks, the ’67 riots were indiscriminate: mobs torched and plundered black businesses as freely as they did white ones, burning down numerous black homes. Contrary to perception, both blacks and whites participated in looting, vandalism, mayhem, and anarchy.

Half of those arrested had never been charged with a crime. Three percent of those incarcerated went to trial; half of those were acquitted. A month after the Detroit riots, the tally was released: 388 families homeless or displaced; 412 buildings burned or damaged. Estimated losses from arson and looting ranged from $40 million to $200 million.

Mel Butsicaris is the son of Johnny Butsicaris, who was the founder of Detroit’s original sports bar, the Lindell AC. He remembers an iconic moment that happened the following year

“In the spring of 1968, Detroiters were still reeling from the effects of the ’67 riots. And everyone was focused on racial divisions within the city; the whole town seemed to be walking on eggshells. We needed something to bring us together, instead of pulling us apart

“And then, our prayers were answered: the ’68 Detroit Tigers! That team united our city when we needed it most. When the baseball season began, black and white folks weren’t speaking to each other. But then the entire town began to focus on the Tigers’ winning season, and Detroiters discovered common ground

“The Tigers weren’t just winning ball games—they enjoyed each other’s company on and off the field. They set an example of how to work, live, and play together. By the Fourth of July, it didn’t matter what neighbourhood you lived in, people were cheering, “Sock it to ’em, Tigers!” More than anything else, that rallying cry helped heal our city through the summer of 1968, the people of Detroit united by their passion for the Tigers and the calming radio voice of Tigers broadcaster, Ernie Harwell

“Near the end of the season, the Tigers clinched the American League pennant. The city erupted, but not in a horrible way like in’ 67—rather, a celebration to end all celebrations

“People who were there still talk about it. From Tiger Stadium to downtown Detroit [about a mile] thousands of people lined the streets. You could not drive down Michigan Avenue in either direction, it was wall to wall—or should I say, curb to curb—people

“The doormen at the Lindell AC on Cass and Michigan Avenue couldn’t contain the crowd. People were packed in like sardines, standing on chairs and tables, yelling, “Sock it to ’em, Tigers!” A waitress retreated behind the bar, as she couldn’t move through the crowd. Suddenly, the joint grew quiet as we heard a huge wail of police and fire truck sirens. We figured they were coming to break up the crowd.

“Rather, the convoy was escorting the Tiger bus to the Lindell AC! The entire team agreed they wanted to celebrate the pennant victory at our family bar. The Lindell AC was a favourite haunt for professional athletes, sportswriters, and fans. Celebrity photographs lined the wall featuring past Lindell guests, along with a veritable museum of sports memorabilia

“In the 1950s, a bar regular suggested hanging autographed photographs of athletes on the walls; my dad was an avid photographer and loved to attend professional games to take photos of the players in action. Soon, famous players’ bats, baseballs, hockey sticks, and pucks joined the photos hanging on the walls, along with jerseys from sports gods including Kaline, Cash, Howe, Bing, Mantle, Maris, and many others

“With the arrival of the Tigers team bus, we had a slight problem: where were we going to put them? My father Johnny and Uncle Jimmy locked the register and the players squeezed behind the bar to loud cheers. For six hours, as Lindell employees sat on the stairs leading to the upper office behind the bar, 22 Detroit Tigers celebrated by serving drinks to Lindell AC patrons. They doled out over 250 cases of beer and poured 100 bottles of liquor

“Well, in all honesty, they didn’t give it all away—they consumed a good portion of it themselves. It was one of the greatest honours ever bestowed upon the Butsicaris family

“But more than anything, that magic team of ’68 helped heal our city.”

In the World Series, facing the powerful St. Louis Cardinals, the Tigers found themselves going into Game 5 down three games to one, looking like dead fish in the water. The 1968 Tigers had earned a reputation for dramatic comebacks, often with late-inning home runs. They had won 40 games from the seventh inning onward, and 30 games in their last at bat. The Detroit faithful hoped their team had one more comeback left in their bag of tricks.

The ’68 World Series turned on one play in the fifth inning of this pivotal elimination game. Speedster Lou Brock doubled, and the Cardinals had a chance to break the game wide open and finish off the Tigers. Brock tried to score from second base on a single to left field, but left fielder Willie Horton fired a perfect bullet to catcher Bill Freehan at home plate. Brock, who had elected not to slide, was tagged out in a collision with Freehan. Brock later remarked he never slid because no one had ever tried to throw him out at home. The Tigers went on to win Game 5 and 6 to force one final game.

Game 7 turned into a classic duel between Cardinal fireballer Bob Gibson and Tiger Mickey Lolich; Lolich was pitching his third game of the series on only two days’ rest. In a pre-game pep talk, coach Mayo Smith reminded his team that Bob Gibson wasn’t Superman, prompting Norm Cash to ask, “What was he doing in a telephone booth changing his clothes?”

The game remained scoreless for six innings. In the bottom of the seventh, the Tigers broke through on a triple by Jim Northrup that sailed over centre fielder Curt Flood’s head, driving in Norm Cash and Willie Horton. Curt Flood misread Northrup’s hit, taking a step in and then slipping as his arms flailed. Flood was tagged a “goat” for misplaying the ball. The Tigers won Game 7 by a score of 4–1.

“My town, as you know, had the worst riot in our nation’s history in the summer of 1967, and it left scars which may never fully heal. . . . And so, as 1968 dawned and we all started thinking ahead to the hot summer nights in Detroit, the mood of our city was taut. It was apprehensive. But then something started happening in the middle of 1968. You could pull up to a light at the corner of Clairmount and 12th, which was the hub of last year’s riot, and the guy in the next car would have his radio turned up—‘McLain looks in for the sign, he’s set …here’s the pitch…’ It was a year when an entire community, an entire city, was caught up in a wild, wonderful frenzy.”

Chris Edwards is the owner of Walkerville Publishing, along with his partner Elaine Weeks; their latest book is 5,000 Ways You Know You’re From Detroit