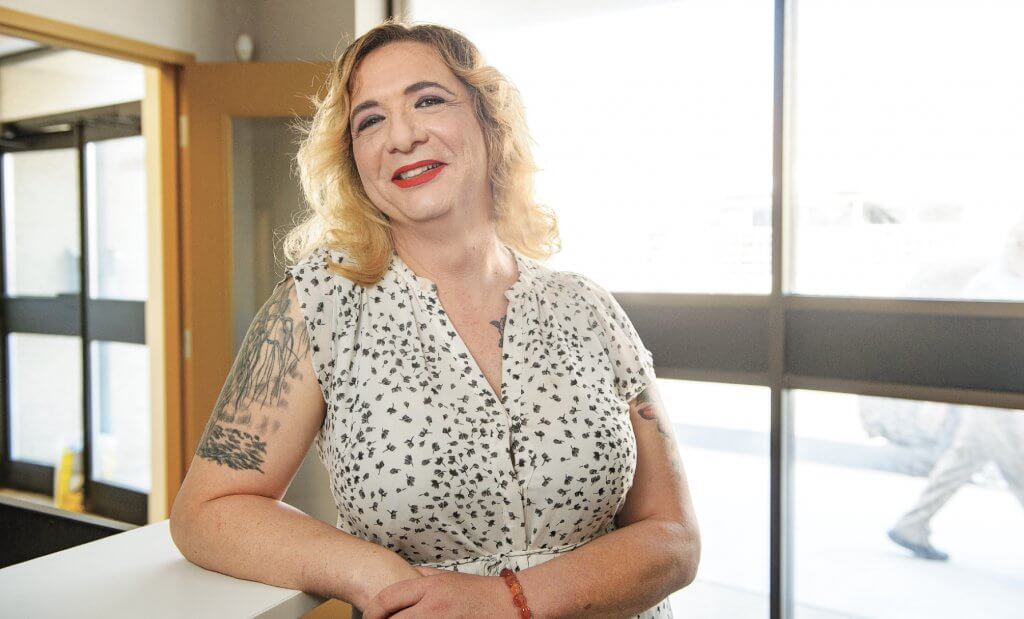 While the world is making strides towards a more inclusive planet, transgender individuals and those across the LGBTQIA2S+ spectrum are still facing hardships on a daily basis—like a trans woman facing discrimination while trying to find employment, or a young trans boy repeatedly being misgendered by his stepparent.

LGBTQIA2S+ is an acronym for lesbian, gay, bisexual, transgender, queer and/or questioning, intersexual, two-spirit, and the other affirmative ways individuals choose to self-identify.

Jayce Carver is a local trans woman who, like many trans individuals across Canada, needed the help of a trans-specific service but realized it didn’t exist. So Carver did what nobody else did: she created one herself.

Windsor-Essex is home to one of Canada’s first-ever trans-specific organizations. It’s called W.E. Trans Support, a charity-driven non-profit that provides transgender, non-binary, gender-nonconforming individuals and their families with services and programs that are trusted among the community.

“I found it difficult as a transgender person in a blue-collar city to try to get access to health care that was not gendered or that would allow a space for me to not feel like I was being forced into a men’s program,” said Carver, who is the W.E. Trans Support executive director. “In 2016, I was able to get access to services that were inclusive.”

Transitioning is not an easy process—it can be lengthy, intimidating, costly, and unpredictable. Carver says no trans person transitions the same; it is different for every individual and it is expected of trans people and those alike to know where services are available and how to access them. Those services may be available, but it does not mean a person knows how to access them.

Before W.E. Trans Support was an organization, it was a 1-800 number. Carver created the hotline and people began calling it.

“I would meet with people who were calling the number,” said Carver. “We would begin by discussing their goals—socially, emotionally, and medically. I would help them get connected to the services they needed or I would refer them to whatever services I could. For their first appointment, I would go with them so they were not alone.”

This was done from the inside of her red Ford Fiesta.

“In September of 2017, I knew there needed to be a formal organization,” said Carver. “Nothing existed like it yet and we needed this for the visibility of the trans community. When you connect somebody to their community, they learn that they are not alone. There is a strength in numbers—when you see yourself in position of leadership and have a mission, the isolation is no longer there and you pave the way for great things to happen.”

Shortly after W.E. Trans Support became a federally recognized organization, Carver found its home—a compact office inside the entrance of The Welcome Centre Shelter for Women on the west side of the city. The location created some barriers for the organization as some wouldn’t commute to this part of the city because they were not comfortable being out and visible to the public.

“We secured a contract with Hôtel-Dieu Grace Healthcare to do a full facility audit and apply staff training over the course of three years,” said Carver. “That afforded us an opportunity to secure our first space at 111 Wyandotte St. W.”

The program continued to grow—the services, programs, and staff. Carver said it’s gone from a staff of one person to 10 employees. The LGBTQIA2S+ community represents a significant percentage of the population in Windsor, and in 2019, they are more visible than ever—creating an opportunity for a further reach and overall impact.

Fourteen-year-old Jake Smith is a part of that statistic.

Smith is in the process of transitioning, a journey he began over a year ago. He said W.E. Trans offers him a safe space where he can go through this process with supportive individuals by his side. “I found a lot of resources I wouldn’t have found if I didn’t come here,” he said. “I was able to get a chest binder through the organization and that really helped with my body dysphoria.”

W.E. Trans has an extensive list of programs and services like Trans Spectrum, a peer-facilitated support group with the purpose of creating a sense of community and a safe space for socialization. The group enables trans individuals to support and assist others before, through, and after their transition. T2—Friends, Families and Allies is another support group for partners, family members, friends, and allies of the trans community. This program focuses on educating others on how to support someone who is trans and living in their lives. W.E. Trans also has partnership with the Can-Am Indian Friendship Centre. The program Two Spirited Healing Circle is geared towards indigenous two-spirited individuals.

According to the Ontario Human Rights Code, two-spirit is a term used among indigenous people to describe from a cultural perspective people who are gay, lesbian, bisexual, trans, or intersex. For some, the term “two-spirit” describes a societal and spiritual role that people played within traditional societies, such as mediators, keepers of certain ceremonies, transcending accepted roles of men and women, and filling a role as an established middle gender.

These are just a few of the programs now available to people living in Windsor.

If this organization didn’t exist, Smith said he would still be feeling like he was alone. “It’s a place where you can be yourself and not worry about others judging you; I think that is very important for a community to have,” said Smith. “Often, there are these standards for who you have to be and I think that’s baloney.”

Over the last year, Smith said he is more open-minded than he has ever been. He saw the world as a negative place, but that changed.

“We get to watch people who never thought they would have a chance to do anything like go to school or become employed,” said Carver. “Some are no longer afraid to walk down the street even though their differences are visible. Now they exude confidence.”

According to the Centre for Suicide Prevention study, 22 percent to 43 percent of transgender individuals in Canada have attempted suicide in their lifetime. Trans people are two times more likely to think about or attempt suicide than lesbian, gay, or bisexual individuals.

Transgender individuals and allies in Windsor-Essex have a space that educates, supports, and saves lives of individuals feeling isolated, unworthy, and lost. For years, this community has been relegated to the dark, but now their light is shining brighter than it ever has.

For a full list of programs and services, visit www.wetranssupport.ca

LGBTQIA2S+ is an acronym for lesbian, gay, bisexual, transgender, queer and/or questioning, intersexual, two-spirit, and the other affirmative ways individuals choose to self-identify.

[Sidebar 2: ]
According to the Ontario Human Rights Code, two-spirit is a term used among indigenous people to describe from a cultural perspective people who are gay, lesbian, bisexual, trans, or intersex. For some, the term “two-spirit” describes a societal and spiritual role that people played within traditional societies, such as mediators, keepers of certain ceremonies, transcending accepted roles of men and women, and filling a role as an established middle gender.