Rose City Ford GM Scott Ohler discusses surviving the pandemic through a team effort—both at work and at home
Author: The Drive Magazine
Photographer: Syx Langemann
2 years ago
|
No Comments
Share On 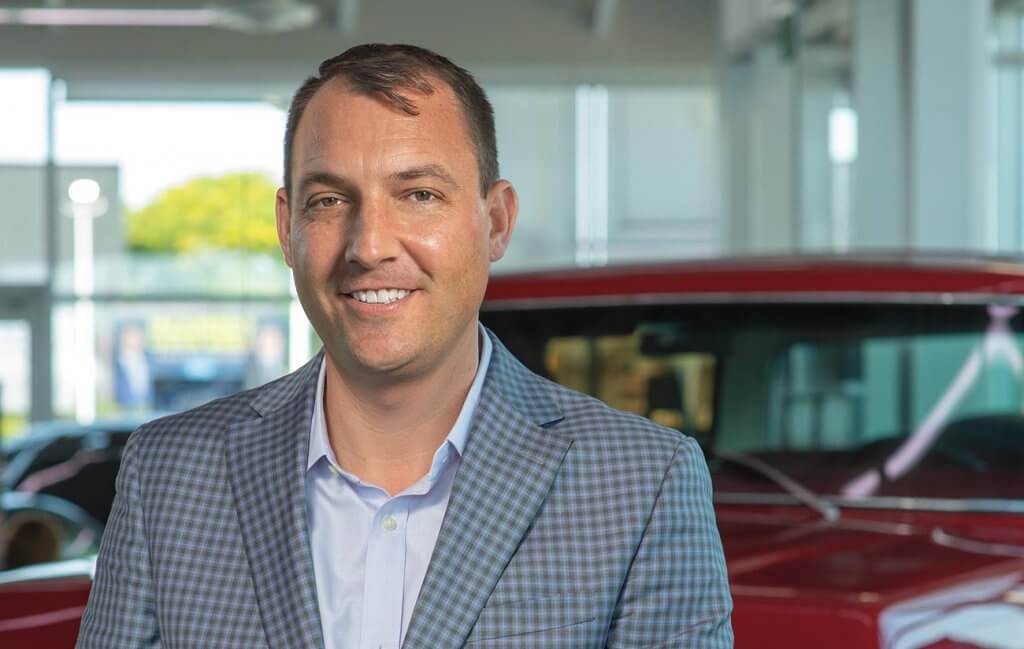 On March 12, 2020, Ontario Premier Doug Ford announced that schools would be shuttered until April. In the days that followed, businesses temporarily shut down—with some never reopening; gatherings were restricted to immediate household family members only; the U.S./Canada border closed to all unnecessary crossings; and several people experienced what it was like to work from home for the first time. We were suddenly trapped in a “new normal” where fear and uncertainty reigned.

For Scott Ohler and his family, the pandemic hit them from several sides, yet he didn’t miss a single day of work. As the general manager of Rose City Ford in Windsor, he still had a business to run, pandemic or no.

“The first few weeks of this period were extremely challenging as there were fewer customers in the market and we were forced to rapidly adapt our sales process to an entirely digital one,” Scott says. “Without question, the hardest part of the pandemic was dealing with the difficult decisions that needed to be made with respect to our staffing levels.”

As a family man himself—he and his wife Janette have two children, Lillian (8) and Miles (9)—he understood the fear his employees were feeling, and he sympathized with them.

In addition to having to temporarily furlough some employees, “some of our team members requested voluntary layoffs due to concerns about possible exposure to COVID-19 and those requests were honoured,” he says. “In other cases, we took advantage of the slow period to tackle building maintenance projects that needed to be addressed which allowed us to keep some members of our service team on the payroll until business started to normalize.

“Once we made the adjustment, we were able to become quite successful with selling virtually and our customers enjoyed the fact that they could complete the entire sales process without being required to visit the dealership. Although challenging, the team and I viewed this as a great opportunity to further develop our skills and gain a deeper understanding of digital retailing.” By June, the business was almost entirely back to normal, and he was able to not only hire back the furloughed employees but added some new employees to the roster to handle the digital sales.

The hospitality Scott showed to his employees should come as no surprise, given his background. Originally from Kingsville, Scott went to school in London, Ontario, graduating from Fanshawe College’s Hotel and Restaurant management program in 1996—he had intended to become a chef and restaurateur.

“I immediately entered into a culinary apprenticeship, but before long I realized that what I was actually passionate about was building relationships and providing people with outstanding service,” he says. “I also realized that there were many different career paths that could provide me with that opportunity. I had friends and acquaintances who worked in car dealerships who provided me with exposure to the industry and it captivated me.”

His career began in 1997 as a sales consultant at a Ford dealership in Leamington. Scott moved to Rose City Ford in 1998, where he was a member of the sales team until he was offered a sales management position with another Ford dealer in Windsor in 2004. He remained there until 2015, when he returned to Rose City Ford as the GM.

Scott believes the company is about the team, and not just one person. “I think of myself, rather, as custodian of the dealership,” he says, “and the Rose City Ford Team—they are the stars of the show who deliver our customers with outstanding experiences every day. I view my role as a supporting one. I challenge myself every day to provide our team with the environment, the tools, and the support that they need to be highly effective and to provide our customers with the experience that they expect and deserve—this is how I measure my success.”

As Scott was keeping Rose City Ford running during those difficult spring months, his wife Janette had to deal with the fallout at home when schools closed before March Break. “Janette was tasked with simultaneously adapting to working from home and overseeing our children’s education,” he says. “She did an amazing job under the circumstances and I wish I could have been more involved but going into the office every day made this impossible.”

As a teacher at St. Clair College, Janette had to adapt her own curriculum for her students so she could get her classes online as quickly as possible, all while overseeing the online learning for her two children—a position with which many exhausted Ontario parents can certainly sympathize.

Not everyone was complaining, however: “Our kids really liked it,” Scott laughs.

After months of learning a new routine and being at home all the time, the family decided it was time to get a dog. But just as the case numbers in Ontario were declining and people were beginning to dream of getting away, the new family pet decided to stage an escape—from a friend’s backyard in Kingsville. They’d had their new Italian Greyhound for only a week and a half, but she was already a cherished member of the family, and they began a frantic search that lasted a month before, miraculously, the dog was located and brought back to their home in Essex.

“Life was quite chaotic for the month that she was on the run, with most of our free time being spent tracking our lost dog,” Scott laughs, “which was a sharp contrast to the slower pandemic pace that we had become accustomed to. She’s an amazing survivor and we’re quite happy to have her back.”

Rose City Ford has been part of Windsor since 1981, and as such has been very involved in giving back to the community it has served so well. The company has supported the Juvenile Diabetes Research Foundation for many years, as well as more local initiatives, including the Farrow Riverside Miracle Park.

Rose City Ford is also a major sponsor of the 2022 Can Am Games. “The fundraising effort began last year with a golf tournament, which will be held in 2019, 2020, and 2021,” he explains, himself a golfer since he was seven; he is now a member of Essex Golf and Country Club. “This is going to be an amazing community event for the city of Windsor—it provides us with an opportunity to recognize and show our appreciation for our first responders.”

Despite the difficulty of this year, Scott has been buoyed up by the resilience of his own team. “I was blown away by their understanding of the situation and the compassion they demonstrated towards me when I was delivering such an awful message that I knew would have major implications on them and their families,” he says. “You really don’t know what people are made of until you’re faced with adversity and I couldn’t have been prouder than I was to be a part of the Rose City Ford team.

“The team members who continued to work showed limitless flexibility and a willingness to do whatever was necessary to continue to serve our customers with our reduced workforce. It was all very humbling—I can’t say enough about our team.”

THE STORIES WE TELL OURSELVES