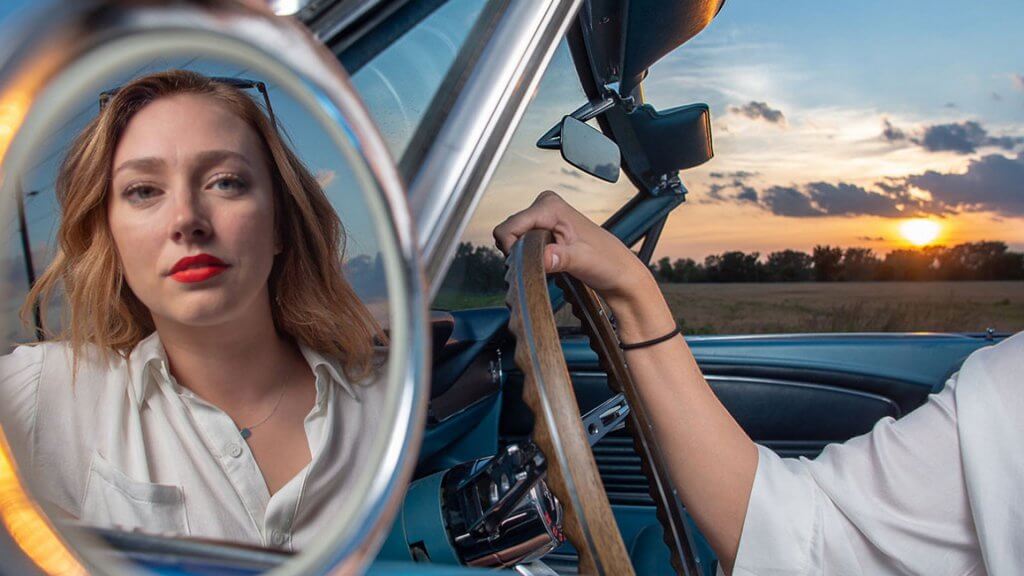 It’s midday on a Friday as I drive downtown in Windsor to meet Deidre Ritsche. In our initial contact to set up the interview, I requested she pick a place to meet that she loves; a hidden gem that someone—like me—who has returned to the area after 15 years of being away, would not know.

Ritsche nails it by choosing Rino’s Kitchen on Elliott Street.

I park next to a grand brick house that appears to be over 100 years old. Emphasis on the “hidden” in hidden gem, I think to myself. Had I not been told about this place, I never would have just stumbled upon it. It runs parallel to Victoria Street, which is beautifully lined with old Edwardian houses and tall reaching trees; a residential area with not a lot of foot traffic

I wander up the stairs, and sheepishly walk inside, as you would if you were walking into a stranger’s home. From the outside, it could easily be mistaken for a residence. I scan the different rooms and eventually find my way to the back garden. Ritsche is sitting at a shaded picnic table with a mimosa in front of her. She greets me with a warm hug and a big smile.

There’s something about her presence and energy that immediately puts me at ease. It’s that feeling when you’re drawn to someone, but you don’t know why yet. Excited to discover what that reason is, I sit down, order a mimosa of my own and open my MacBook. I dive right in.

People often define themselves by what they do for a living. In that case, Deidre Ritsche is a real estate representative who is passionate about commercially revitalizing the Ford City area and is the founder of Border City Living, a blog that profiles the people and places that make Windsor so unique. She’s an explorer, a visionary, a risk-taker and a change-maker.

Ritsche has been an inventor’s assistant in Switzerland. She taught English in Prague. She organized and hosted events for designers in Berlin. She’s been the tour manager for major European house/techno DJs like Autechre, and bands including Billy Idol and Death Cab For Cutie. While this combination of careers may seem random, each unique job gave her the tools, insights and abilities to locate and appreciate culture and creativity in its raw, and in many cases, yet to be discovered form.

You know those people who find cool places before the masses catch on? That’s Deidre Ritsche.

Have you ever met someone who just seems to have their finger on the pulse of creative underground communities? That’s Deidre Ritsche.

Do you know someone who decided to bring her internationally acquired talents back to her hometown with the goal of making a real impact? That’s Deidre Ritsche.

And she believes Windsor is the perfect place to do this.

Ritsche says highly populated, expensive cities have the tendency to crush creativity in its infancy because people are too busy doing thing out of necessity—like joining the rat race to make ends meet—rather than taking time to figure out what their true passion is. They also simply don’t have the financial freedom to take risks to try to pursue something more entrepreneurial

In Windsor, she boasts that the quality of life is really great. Everything is at your disposal, including her must-haves: creativity, art, nature and proximity to a major city and international airport. Best of all, Windsor’s affordability makes it the perfect place to nurture new businesses and take a chance on your passions.

After 10 years of globetrotting, she returned to her hometown with a plan. Knowing that a lot of what drives gentrification in cities is the combination of creative people and real estate, the idea for Border City Living came to be. In fact, a German friend of Ritsche’s designed the logo for the website while she was still in Europe, before she had even returned to the shores of Lake St. Clair.

By February 2017, bordercityliving.com was officially up and running. Ritsche had met and partnered with Emma Davidson, a talented editorial photographer. Davidson would be the creative eye for the digital digest, complementing Ritsche’s discoveries and written words with visual decadence

To complete the equation, five months after her return to Windsor, Ritsche had acquired her real estate license with the understanding that once creativity is uncovered, it then needs a space to thrive and grow. She wanted to be able to facilitate the entire process.

In its infancy, Border City Living’s mission was to promote all the great things going on in Windsor to all. As it progressed, the blog turned into an avenue to enable potential investors to truly understand the area’s unique selling points.

Currently, for example, Ritsche is working alongside Ford City Neighbourhood Renewal and the Ford City BIA to promote revitalization of Drouillard Road. It’s a district with a rich history where development unfortunately stalled after the downfall of the Ford Motor Company plant. The area has seen economic hardship and decay, but the silver lining is that that translates to lower-than-average pricing, allowing different types of consumers into the market.

On a larger scale, Ritsche says the revitalization of Ford City could be seen as a blueprint for what can be done for the entire city of Windsor, if it’s done right. That means bringing in well-matched investors, entrepreneurs and businesses, then all working collaboratively to make Ford City a destination to showcase creativity and development. It will require community-centric thinkers who are innovative and urban-minded and will take pride in caring for their investment—people who will be present and passionate.

It suddenly dawns on me: Ritsche and I have a lot in common. We both left Windsor to pursue our passions in other cities and countries, then eventually returned to share the knowledge, skills and talents we acquired in an effort to make a difference, make an impact and make changes for the better

Before we know it, two hours have gone by. Deidre digs into my background a bit and we laugh over commonalities, jaws drop over crazy happenings and twists and turns our roads have taken. But somehow, those roads have led us both back to Windsor at the same time, and now we sit face-to-face, both in full pursuit of our passions.