The revolution will not be televised
Author: Matt St. Amand
5 years ago
|
No Comments
Share On 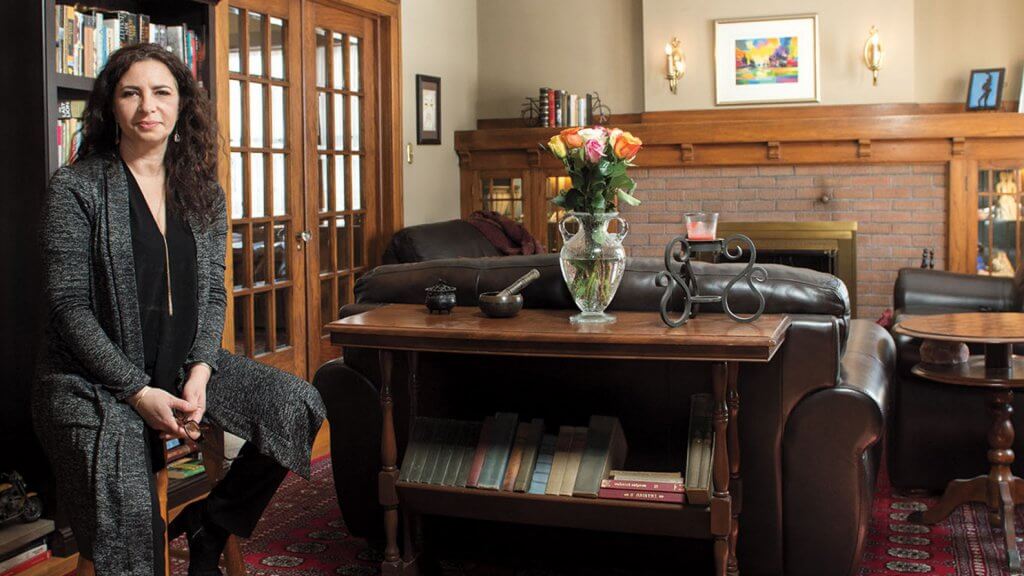 In the political/activist realm, labels and descriptors envelop people like bumper-sticker mummy wrappings, often stifling discussion before it can even begin.

One label St. Clair College law professor, Pat Papadeas, proudly wears is “organizer.” In late 2016, she was chief organizer of Windsor’s contingent of the Women’s March that converged on Washington, D.C., the day of Donald Trump’s inauguration in January 2017. It was the largest single-day protest in U.S. history.

“We were the first bus organized out of Canada and the only one to stay overnight,” she says.
When asked if there was a catalyzing event that cast her into the realm of the “woke,” Pat ponders the question. “When I look back, there were just moments.”

The first daughter of Greek immigrants in Toronto, Pat didn’t speak English until she was five years old. “I learned English at school and watching Sesame Street,” she says. “School was independence for me. While other kids were free to go outside and play, I couldn’t go anywhere unescorted.”

Pat has an early memory of her baby brother being brought home from the hospital. “He, of course, was the centre of attention, but there came a point when I realized that my brother was more important than me because he was a boy, not because he was a baby.”
In junior high, only the boys were allowed to take shop class, while only the girls took Home Economics. Before Pat could even consider launching her first protest, the problem resolved itself when hers was the first year where the classes were open to both genders. “I was the only girl in shop class. I made a wooden wine rack, which I still have.”

School offered further freedom when Pat attended University of Western Ontario, and then finally moved to Windsor for law school.
“When I came to Windsor, there was a Women’s Commissioner on Student Council to be a voice for women’s issues. There was just one problem: the position was vacant. Eventually, I filled it myself.”

One issue Pat tackled was that all official University of Windsor documents were written in the male-dominant language. There was backlash when she advocated for gender-neutral language.

“I said, ‘OK, since you’ve done it this way for fifty years, how about we use female-dominant language for the next fifty years, and then go to gender neutral?’” Pat recalls. “Suddenly, gender-neutral language was just fine.”

The next issue Pat highlighted were the sexist materials published by the Engineering Department. Once again, there was backlash to her efforts and she hit a brick wall.

On December 6, 1989, Marc Lépine entered the École Polytechnique de Montréal (where he was a student) and perpetrated the deadliest mass shooting in Canadian history—murdering 14 women, most of them engineering students—before committing suicide. In his suicide note, he confessed his intention was to kill the feminists who had ruined his life.

“That sobered a lot of people up,” Pat says.

Resistance to women’s issues still pervades. “If you don’t think we need a women’s movement,” Pat says, “then look at our local newspaper.”

There are the sins of Harvey Weinstein and the quickly growing revolution that is the #metoo movement. The Associated Press recently reported the number of sexual assaults at the U.S. Military Academy, West Point, doubled during the last school year. And in Windsor, Ontario, premier Kathleen Wynne cancelled a town hall meeting at the Caboto Club after learning about the club’s policy that only allows full-voting membership to men.

“We think other people see the world as we do,” Pat says. “That’s why the Women’s March last year was so important—it brought so many different people together.”

Recalling it a year later, Pat says, “There was a sense of sisterhood, brotherhood, humanity, of caring about people. There wasn’t a single arrest.

“Once you meet people and talk to them, it is harder to sit behind a computer screen and troll them. We have to talk to each other. We put labels on people we don’t know. The women on the bus were as diverse as society. Our politics were not the same, but our goal was: equality for all people.”