Sarah Booth: In Her Prime 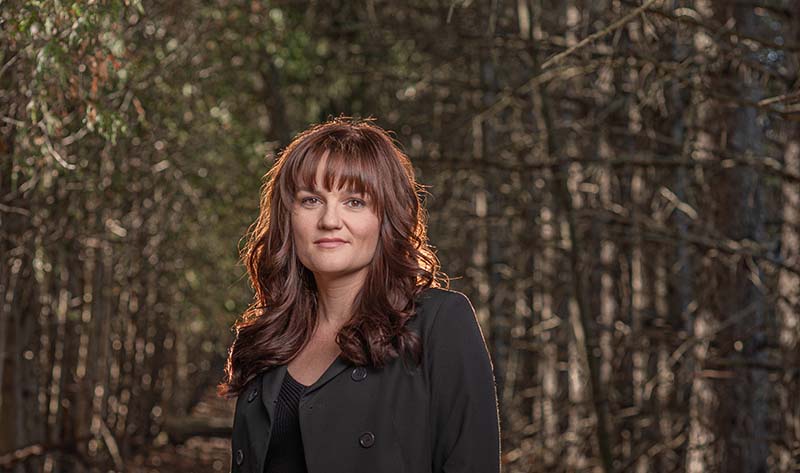 In Three Pines, everything is connected.

“It’s been such an incredible experience,” says Booth. “The show is very tense and there’s a lot of suspense and twists and turns. They say it’s kind of like Fargo meets Twin Peaks.”

The series is based on the Chief Inspector Gamache novel series by Canadian author Louise Penny and follows Chief Inspector Armand Gamache (Molina) as he works to unravel a series of murders in the quiet Eastern Townships.

Booth plays Agent Yvette Nichol, a police officer training to become a detective, eagerly assisting Gamache; whom she views as a sort of idol.

“She’s very interested in becoming a detective and Gamache is like the rock star of detectives, so the first time she meets him, she just really wants to work with him,” she explains.

Booth says that while many of the characters in the show are similar to the ones in the books, Agent Nichol’s character is portrayed quite differently.

“I had the liberty of playing a very different character than how it was written in the book,” she says. “In the book, she’s very hard-headed and opinionated; there’s a bit of a negative vibe around her. In the series, she’s more awkward, clumsy, eager, and has a very different way of solving crimes.”

For Booth, the role has been a sort of homecoming; allowing her to tap into her French Canadian upbringing to bring her character to life.

“My character speaks French and English on the show, so when I got the script I was able to do lines in ‘Frenglish’ which was great,” she explains. “Just to add a French word here or there and to have that input was so fun, but to improv in French was challenging.”

Booth, who now calls Windsor home, is originally from a small rural community outside of Montreal. In preparing for the role, she not only watched police documentaries and series, she also spoke with family members to refresh her French Canadian vernacular.

“I tapped into childhood friends and the people I grew up around for mannerisms and things that just made sense physically with the character,” she explains. “We were shooting in Montreal and there’s French all around you, so the more you immerse yourself, the more it comes back to you.”

Originally cast for five episodes, Booth’s quirky character will now appear in all eight episodes of the show’s inaugural season.

“I’m excited to see where her storyline goes,” she says. “They say the audience gravitates toward my character because she breaks the tension with lightness, which I’m not used to doing because I usually play the aggressor or the aggressed.”

Although the role is one of Booth’s most prominent to date, she is no stranger to playing complex characters, with more than 70 iMDB credits to her name and guest roles on hit shows like Law & Order: SVU, Star Trek: Discovery, and Heartland.

She’s also starred in numerous shorts and feature films written and directed by her husband, local filmmaker Gavin Michael Booth, including Scarehouse, Rent Do, and the critically acclaimed Last Call, for which she was recently nominated for an ACTRA Montreal award.

“Growing up, I would have never even imagined that acting was a job,” she says. “It’s unpredictable, but I love it.”

Booth fell in love with performing at an early age, she says, taking ballet, figure skating, and competing in horse dressage shows. At 16, her high school began offering an arts program with music classes, dance, and acting.

“I was cast as the lead in the school’s production of Fame and that’s when I really got the bug,” she says. “I would skip math class and go help out at dance class and I just kept thinking, ‘Man, this is what I want to do. Can I really do this?’”

“I’m really excited to be in Windsor; I love it here. I’m looking forward to seeing that artistic community grow,” she says. “Gavin and I have projects we want to shoot here so we’re so excited to bring crews and other actors to the area.”

As for Three Pines, Booth says she hopes to remain a series regular for the duration of its run. The actress says she believes the show’s storyline will resonate with audiences, as it deals with many timely subject matters, including police corruption and indigenous peoples’ rights. “I think it’s going to go over well; we already have a built in fan base because of the books and the story is so timely right now,” she says. “One of the main directors of the series, Tracey Deer, is a Mohawk director from Montreal. She and several other women in the cast are part of the indigenous community and were very hands on with the scripts to make these characters authentic and to not only tell their stories of tragedy, but their stories of resilience. I think they did a really amazing job.”