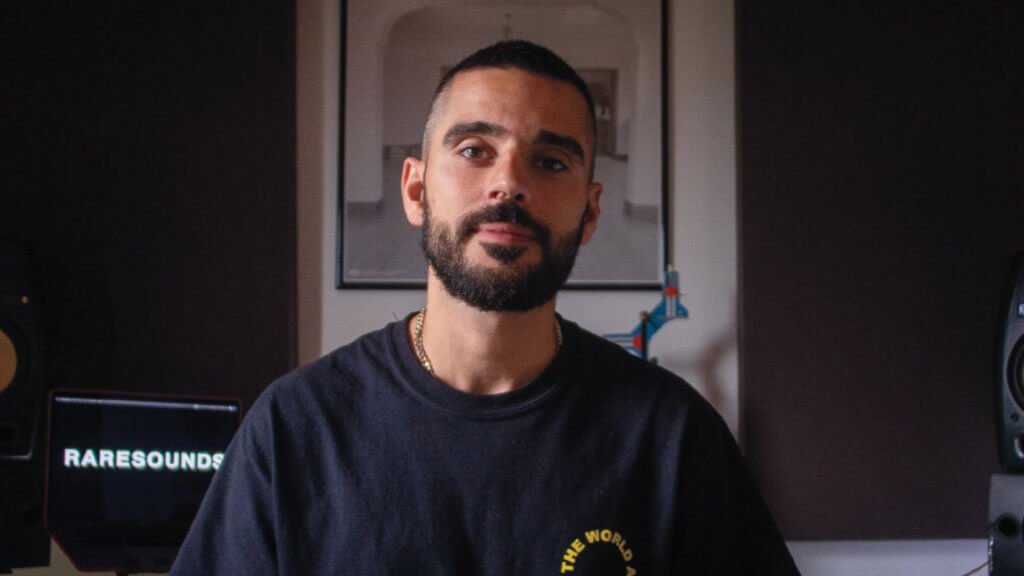 He has the ability to command a room full of people with the music he makes. When you hear it, you feel it through your entire body. Within seconds of hearing that first beat, heads are nodding. By the time he’s halfway into his set, everybody is dancing

For Stefan Cvetkovic, music has taken up the better half of his life—as a band member, a solo artist, and through collaborative efforts. He’s established an illustrious name for himself here in Windsor, the city in which he was born and raised

The name Soul Brother Stef has become well-known in the local music scene, but with a new direction in his career, that name has become a part of his past

Stef had been second guessing the name ‘soul brother’ for a while. He says the moniker was cool when it was a part of the previous band he was in. That name grew its popularity from his Instagram handle; because it was something that blossomed on its own, he was afraid to change it

“I recognized that it bothered me and I didn’t want to become a bystander to my own thought of me doing something wrong,” he said. “I needed to do this to release the next chapter of music I am working on—something that represents me more accurately. It was a stepping stone for me. The last four years have been a learning curve for me—trying to figure out where I fit in as an artist and the context of the music I make.”

Stef changed his artist name to DATSUNN. The name derived from his favourite car, the Datsun, admiring the amount of detail and design put into them. Each car is a work of art within itself

It can’t be easy having to come up with a name for a band or as an artist. It needs to be simple yet catchy, but also should represent that artist or band

“I really like how it turned out and my branding on it,” he said. “I can come at it confidently now—when someone asks for my name to search my music, I feel way better saying ‘DATSUNN’ instead of ‘Soul Brother Stef’.”

What makes Stef so unique is his live performance. It’s different in contrast to the music he is creating and producing at home in his studio. Each has a similar vibe but what goes into the music is completely separate. For example, when Stef is performing a live show, his performance is organic in the sense that the beats, samples from records, and his singing are all coming together live as you hear it

“When I produce a song at home I will chop samples, but I make full produced tracks with bass layered in, mixes etc.,” he said. “I realized I could easily sample tracks and play them live but I wanted to continue producing full tracks to showcase my skills as a producer. The music I release, I can’t play live.”

The same day Stef publicly announced his name change, a small record label based in Japan reached out to him, looking to release a full-length album. The label, Sweet Soul Records, has a mission to spread real music throughout the world by seeking genuine sounds and real artists to create music together through collaborative projects. They saw that in Stef

“I was never planning on releasing a full-length album,” he said. “I had planned on continuing to release singles, but I am so excited about this relationship with Sweet Soul Records. I get to put out a record with my closest friends who I make music with—it’s crazy, man.”

Having witnessed Stef play live shows around the city and interact with the crowd, I saw that he was a genuine and thoughtful person. But it wasn’t until we sat down to talk that I learned he would rather collaborate with other artists from Windsor and Detroit—showcasing all kinds of talent— versus solely focusing on himself

“I can dig making music by myself, but my favourite thing to do is collaborate with other artists,” he said. “You can’t always turn creativity on. It is easier when you are working in groups because you can hype each other up.”

About a year ago, Stef and his close friends he makes music with established Rare Sounds. Rare Sounds is a collective of artists from Windsor and Detroit working together under one label

“There’s no real industry here as far as music, but there is certainly a community of artists who are constantly working and actively making things happen for our city,” he said. “I really want to be a part of the growth of a city. I really think something special is happening in Windsor and Detroit.”

Between both cities there is a lot of talent that sometimes goes unrecognized and the boys behind Rare Sounds feel more talent needs to be showcased. They are working towards playing a significant role in the growth and development of the local music industry

“The hustle is real in Windsor but I don’t mind it. I feel so lucky to be a full-time working musician and surviving while I do it. It’s a beautiful thing to me.”

It’s said that soul is a human’s most deep-rooted spirit, coming from a love that is acquired through honesty and life as it happens. Stefan has more than just a vision for himself and his future in music. He has soul and it shows in everything that he is doing

“I come by my music really honestly. I love the people I work with and the music I am making.”

Return of the Roaring ‘20s