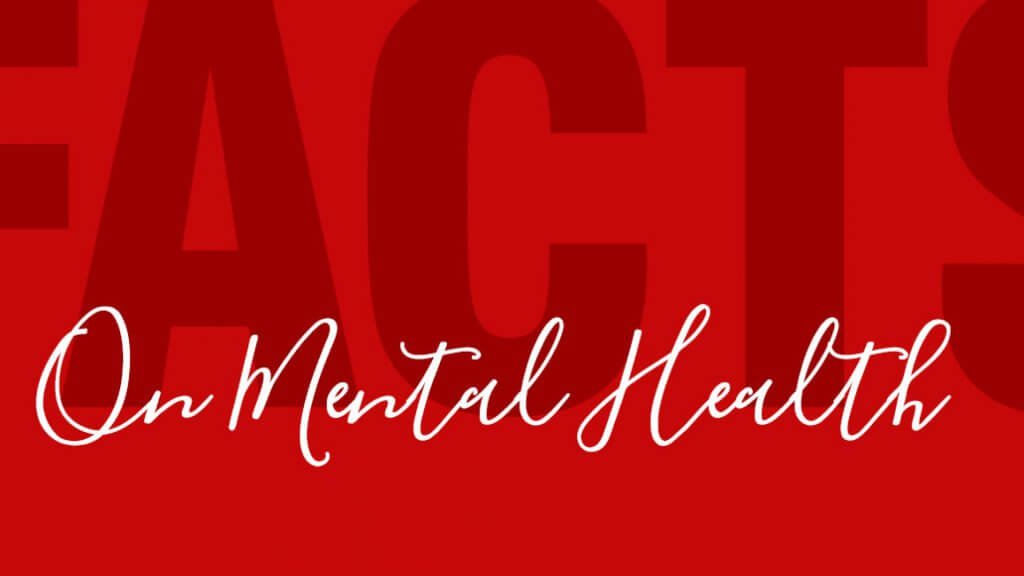 This is not a story about cocaine, but I suppose we should start there.

In 2008, Steven Page, the voice of a generation for a certain cohort of Canadians, was arrested and charged with felony possession of a controlled substance outside Syracuse, New York. The charges were eventually dropped, but the colourful story—in which the widely popular showman admitted snorting the drug through a Canadian bill—had already completed a full lap around the news cycle, and the optics weren’t great.

Page, of course, was and still is best known for his 20-year association with The Barenaked Ladies, the affable, wildly successful Canadian folk-pop band he co-fronted with childhood schoolmate Ed Robertson. At the time, they were touring behind an album of children’s tunes called Snacktime!

As you may already know, Page left the band seven months later, an already present rift among the bandmates having widened.

You’d be forgiven for assuming Page’s story is a typical tragic tale of wanton rock ’n’ roll excess. In truth, the regrettable episode, now in the rear-view mirror, was symptomatic of a larger problem: a secret decades-long conflict with his own mental health

Today, Page needs neither your forgiveness nor your pity, but he would love your attention. Over the last 10 years, the famed frontman has become increasingly transparent about his interior journey, and he now travels the country to tell his story, exploring how music can be used as a means of communication and therapy for those struggling with depression and other mental illnesses. Typically, Page’s public-speaking show combines straightforward spoken-word storytelling with stripped-down musical performances of BNL and solo repertoire songs that touch on resonant themes.

Success came very early for Page, who was 22 when Gordon, the Barenaked Ladies’ breakout major label debut, hit number-one on the Canadian charts in 1992. He had written “Brian Wilson,” perhaps his signature song, at 19

By the mid-1990s, on the surface, Page was a squeaky-clean, spit-shined icon of bootstrappy young celebrity. But behind the scenes, the tune was different: Page’s family doctor diagnosed him with manic depression, which we now understand as bipolar disorder, just as the Ladies were approaching the apex of their fame. He had been dealing with mental health issues since childhood. In other interviews, he’s recalled imagined suicides in specific detail

Now 48, the Scarborough native lives in upstate New York with his second wife. (Page’s 16-year first marriage ended in 2007 en route to rock bottom.) Since leaving his band, the artist-activist has released five solo projects, written music for the Stratford Shakespeare Festival, and toured widely as a solo act and with the Art of Time Ensemble and supergroup Trans-Canada Highwaymen, which includes Moe Berg (The Pursuit of Happiness), Chris Murphy (Sloan), and Craig Northey (The Odds). He even hosted a travel TV show for a while. While he’ll likely never again ascend to his late-’90s commercial heights, his 2018 album, Discipline: Heal Thyself, Pt. II, has been widely lauded as Page’s most accomplished post-BNL output

On May 7, Page will deliver the keynote address at the Canadian Mental Health Association Windsor-Essex County Branch’s “Breakfast of Champions.” A showpiece of CMHA Mental Health week, the annual event aims to spark engaging, thought-provoking dialogue in support of the CHMA-WECB’s “Sole Focus” fundraising project. It asks Windsor-Essex residents to “take a stand” and help build a substantial legacy fund to ensure the sustainability of specialized mental wellness education, awareness, and training programs in the absence of government funding. Fellow CanRock royal and Tea Party drummer Jeff Burrows is an ambassador for the project.

“In our desire to reduce stigma and raise awareness that mental health is an everyday challenge that touches us all, it is incredibly important that well-known figures like Steven step forward and ‘show their sole,’” says CMHA-WECB Chief Executive Officer Claudia den Boer. “It helps us collectively send the message that you are not alone—regardless of who you are or what life path you have taken, mental health is a critical component of individual wellbeing.”

Page agreed to speak with The Drive ahead of the important engagement. He sounds well, if a bit tired from a long day of press calls

If you grew up with guitar music, you probably have a pretty clear mental picture of the archetypal tortured genius rock star and its associated trappings. Wary of the longstanding cultural vogue for too closely associating mental illness and creativity, I asked Page how he feels about the public using his experience to reinforce this understanding

“I think I was the one that reinforced that for a long time,” he concedes. “When I was initially diagnosed in my twenties, I started to tell myself the same lies I think a lot of us do: Somehow, my mental health struggles are what make me an artist. Do I want to mute that?

“It wasn’t until I was in my late thirties that I started to take things a lot more seriously,” admits Page, who spent years on and off various prescription medications, which he took irregularly with what he calls “less-than-satisfying” effects. “It’s taken me years to realize that my mental health struggles are not what make me an artist, and the fact that I was an artist wasn’t why I had mental health struggles.”

Today, Page’s life as a working musician plays a prominent role in his current mental health regimen—as does regular medication. “I’ve been very lucky to be busy,” he admits. “Keeping busy is helpful, but I think sometimes people use it as an excuse or a cover too. It’s easier to not focus on the darkness when you’re expected to be somewhere else at a certain time.”

Fortunately, advice exists even for the temporarily unoccupied. “Take time to read a book, watch a movie, or go for a walk,” advises Page, who advocates for an equilibrium between professional discipline and personal joy. “It’s pretty easy to get into the vortex of staring at Instagram and looking at other people’s successes and their wonderful lives. That can be a very toxic thing.”

Indeed, it’s difficult to talk about mental health without foregrounding social media; in the world we live in, desperately awful in so many ways, sometimes the healthiest option is logging off for the night. Still, Page is obviously engaged. Rarely shy about publicizing his political leanings, he performed Leonard Cohen’s “Hallelujah” at Jack Layton’s state funeral in 2011. So how does one thread the needle between exercising self-care and being an informed and active citizen?

“I struggle with that all the time,” he admits. “As an artist and somebody in the public eye, I used to really engage with my feelings about politics and the world, but I would often open myself up to attacks. In my position, and because of my history as well, I became a magnet for trolls. I realized I’m too thin-skinned for that. It’s not worth it.”

He now uses Twitter solely as a promotional vehicle and his art as an emotional and intellectual outlet.

“For me, art and music are the most positive things to help cope and get you through to the other side of it,” he relates. “That’s where I can express what I’m thinking about the world, or about myself, in a way I feel totally confident about. It doesn’t matter if somebody doesn’t like it, or wants to say something negative about it, or whatever. I like to be able to sit on ideas longer than social media allows for.”

One imagines he’s glad not to have found stardom as a contemporary of, say, Justin Bieber’s. “That would be difficult,” he agrees, “but I think it’s difficult to be a young person on social media regardless: expressing all those unequivocal decisions that become quickly equivocal. I want young people to be able to change their minds about everything, all the time!”

As it happens, Page spends a lot of time speaking on college and university campuses, which leads me to wonder if he sees signs of progress in today’s undergraduate environs. He perks up at the suggestion that things are broadly getting better. “Absolutely!” he enthuses. “I remember going to York University in the late ’80s; I hadn’t been diagnosed with anything at that point, and I never thought about the fact that there were mental health services available if I wanted to use them. I was afraid that I would be shown as some kind of fraud if I wasn’t sick enough for them; I didn’t want to waste anybody else’s time.”

Today, it’s hard for Page to imagine that being the case. “I’ve said this to students a lot over the last several years: there’s nothing wrong with being told that you’re fine,” he stresses. “That’s good news! Take advantage of the services available to you, especially as a postsecondary student, because that can get you into a regimen of mental health care that you have for life.”

Interestingly, tips like this come free of any commercial attachments or conspicuous corporate partners; in the past handful of years, you’ve probably noticed that mental health awareness has become co-opted by any number of big brand agents, and often these initiatives can happen in the absence of substantive policy changes. I wonder: is this signal-boosting ultimately a force for good, or is the truth more cynical than that?

“I try to be as optimistic as possible,” says Page. “What I think is the biggest issue is access to better care. There’s a huge amount of work to do to bring the standard of mental health care up to the standard of other areas of healthcare in this province. Bringing down the stigma is one thing, but I think the glibness of hashtag culture is something that could potentially backfire. Without naming corporate names—and we all know what I’m talking about—I do kind of resent being their tax write-off. So, I choose not to engage. If other people want to, that’s fine. At the end of the day, who gets the tax write-off? Not the customers and public figures and ordinary people who are sharing their stories.”

Ultimately, the story Page shares has straightforward lessons. He advocates for emotional transparency in the forms of therapy and open conversations with friends and loved ones. He also passes along the widely held belief that diet and exercise can be routes out of depression.

Of course, Page is a living example of the enduring possibility of further self-improvement. Perhaps this story has another chapter?

Stepping into the Spotlight