How Andy Sullivan is keeping it local
Author: Lina Dimopoulos
Photographer: Syx Langemann
3 years ago
|
No Comments
Share On 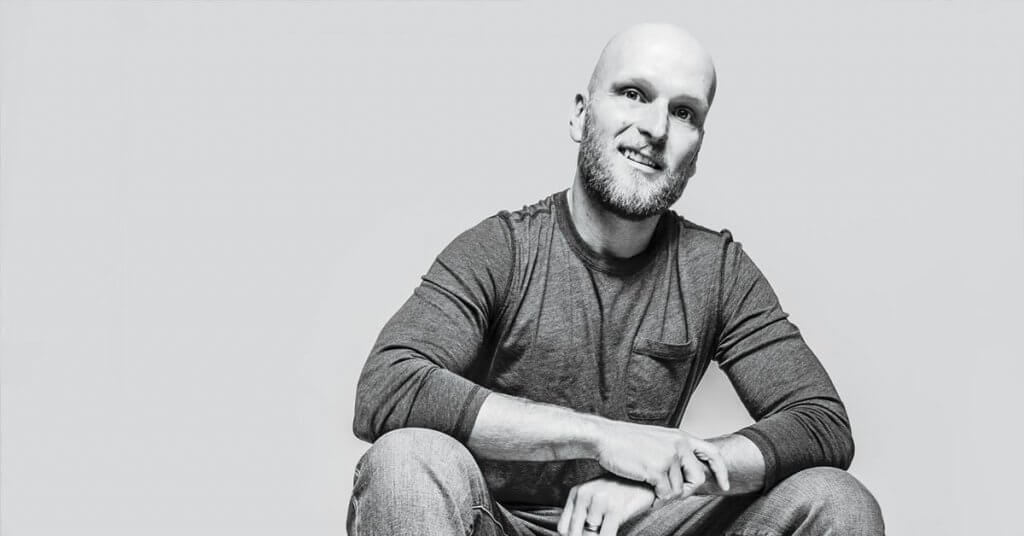 Andy Sullivan is a working professional, podcaster, and family man, but for the majority of his life, he has been a philanthropist. His natural optimism and active participation in the community have not only allowed him to succeed in the business world, but also earned him the respect of all kinds of people: fellow community builders, influencers, and many of the listeners of his weekly show, Straight Outta Windsor. He is inspired by people who believe. People who, like him, share one central characteristic: they are creating a positive narrative about Windsor.

While Andy admits that he wasn’t always the enthusiastic Windsorite he is today, giving back has always been at the core of his value system. Andy grew up on a small farm in LaSalle with his mother and older sister. As a boy, he played sports—the main reason he played, he jokes, was to evade farm work—and, like many growing up in the area, considered leaving Windsor eventually for a warmer place.

Things began to change when his mother enrolled him in the local Big Brothers Big Sisters of Canada program, where he was paired with a mentor who still plays an active role in his life today. The program, and the opportunities it afforded, became fundamental in Andy’s upbringing—not only foundational to the nature of his character, but also setting the groundwork for establishing deep roots in his community that would continue shaping his life. Andy had benefitted so much from the program that he felt compelled to pay it forward, ultimately becoming a Big Brother himself. “I got more out of it as a Big Brother because it was something that I was truly doing selflessly. I did it because I got so much out of being a Little that I needed to give back.”

Andy remained involved with the program; currently sitting on the board of directors as vice chair for Big Brothers Big Sisters Windsor-Essex, in addition to working as regional manager at the YMCA. It wasn’t until he joined the YMCA that he started creating a dialogue with other community members about the benefits of living in the Windsor area, recognizing the richness of our social fabric. While he refers to the Y as his “real job”—that is, the job that generates a steady paycheque—his weekly podcast, Straight Outta Windsor, is his labour of love.

Founded in 2018, the podcast was specifically a response to the negative stigma that often surrounds the viability of starting a life in Windsor due to career opportunities—or seemingly, the lack thereof. After speaking to a grade 12 class one day, Andy was disheartened to learn that the general consensus among the students was “No one ever makes it from here.” He felt an immediate need to shed light on the misconception that Windsor doesn’t produce artists, musicians, and all forms of successful entrepreneurs and professionals.

“When I started the Straight Outta Windsor podcast, it was in part to counter some of the negative self-talk we in Windsor often have and to highlight some of the great things and interesting people from our community.” Indeed, he didn’t enter the project with a business model, but to create a platform that celebrates the community by sharing its stories.

Andy started Straight Outta Windsor with very little technical knowledge and broadcasting experience but he rose to the challenge nonetheless. He advocates for always being your authentic self, regardless or your skill set or inhibitions. The night after his talk with the students, he initiated what would quickly become his first episode. Andy created a list of potential guests originating from Windsor and sent off blind emails for interview requests. He didn’t expect to receive a call the very next morning from the office of Paul Martin, who happily accepted the invitation to talk on his show. Thus, Andy conducted his very first interview with the former prime minister from the luxury of his own car—“I had no idea what I was doing,” he laughs. From that moment on, Andy knew he had a concept and his resourcefulness led him to record interviews with many more people from his list at various locations in the city.

Andy’s podcast maintains a balanced worldview by exploring stories by people from a wide range of fields and professions. “Just because I am a huge sports fan and also enjoy studying business leaders, doesn’t mean I only want people from those two worlds on my show,” he laughs. Andy claims that some of his best conversations were with people from unfamiliar genres and industries.

This philosophy has shaped the way Andy operates his podcast and his unique form of storytelling. Andy is selective of his guests, choosing ones who genuinely interest him, and avoids self-promotion on his show. He holds the trust of his listeners in a very high regard, and firmly, albeit graciously, turns down businesses that don’t align with his own set of values. And while his diverse repertoire of guests include the likes of Drew Dilkins, Dave Merheje, Jody Raffoul, and Ari Freed, among many others, his approach remains simple: “I treat each conversation—not interview!—as if my guest and I were having a beer and getting to know their story.”

Certainly, Andy is drawn to what he calls the human element—that is, storytellers who overcome adversity and those who are not afraid to push the envelope. Some of his most provocative discussions on the show involved community leaders like Chris Lori, whom Andy calls “Windsor’s version of Bruce Wayne,” and Veronique Mandal, who reflected on her personal struggles in a very real and emotional way.

Andy fosters the relationships he’s made with previous guests by sharing their updates on his social media platforms. “If I can bring them even a little more exposure, hopefully they will value that hour they spent with me a little more.”

In this way, Andy has always viewed his podcast as a “community-minded project” centred on his listeners, typically speaking himself for only about five minutes total in one of his episodes, each running about 40 minutes or more. During his recent 100th-episode special, however, he switched things up by reversing roles with one of his previous guests, WIFF Executive Director, Vincent Georgie. For the first time on-air, Andy became the interviewee, unpacking his own views of Windsor and the experiences that categorically impacted his life.

At 35 years old, Andy has become well-known in Windsor. His show is widespread, with active listeners in 28 countries around the world. He is often greeted in public by fans, and commended by Windsor expats who tune in for the sake of feeling more connected to home while living abroad. Andy says that despite the challenges, Straight Outta Windsor has opened many doors for him in terms of job opportunities, accessibility to community platforms, and collaborations such as the online collection of local podcasters called the Border City Network. Certainly, Straight Outta Windsor successfully projects a vision of Windsor that is often unseen or ignored. But perhaps this project has been most impactful on an introspective level, where a man is sharing stories about his community, from within his community, for the purpose of strengthening his community. Andy is that man – the one who broadcasts his dedication and love for his hometown to the world.

Young Canadians and Their Confidence in Financial Knowledge