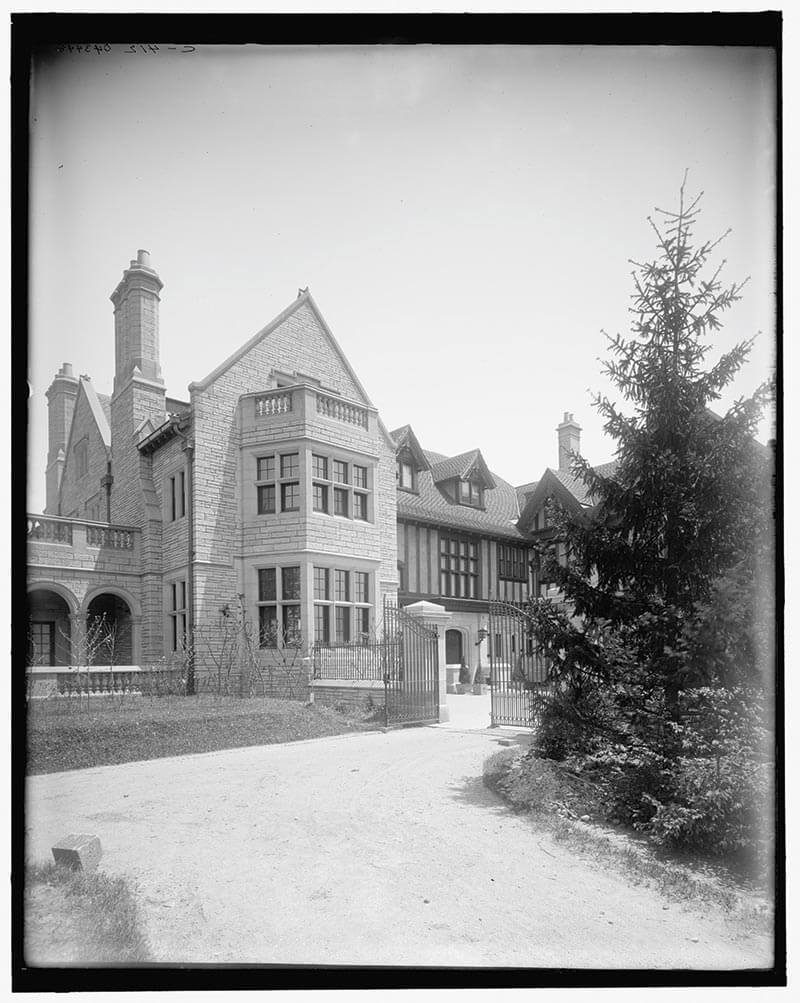 Anyone who walks the 15 acres of parkland property that surrounds the grand Willistead Manor knows what a special place it is. The history behind Willistead Manor is as beautiful as the property itself. The breathtaking main building that is Willistead Manor was built by Edward Chandler Walker, the second son of Hiram Walker, who was the founder of the world-famous Canadian Club Distillery. Walker had lived in the manor for only nine years when he died in 1915, and six years later, it was deeded to the town of Walkerville for preservation. Now everyone can enjoy the stunning structure through events, tours, and Art in the Park.

Over the years, Willistead has served as an art gallery, a public library, and a beautiful location for wedding receptions. The design itself encapsulates the vision of Albert Kahn, who wanted it to reflect 16th-century Tudor–Jacobean architecture.

When Willistead was being built, it was obvious from the beginning that the Walkers wanted to have a home that would be perfect for intimate soirees as well as large formal parties. Even though the manor now has 36 rooms, it only had two large guest rooms when it was built, so there wasn’t a lot of room for the family to take in a lot of overnight guests. The manor did have accommodations for their large staff, which included their visitors’ coachmen, personal maids, secretaries, valets, and chauffeurs.

There is something romantic and elegant about the landscape of the property as well as the architecture. You might ask yourself how they are able to maintain such a beautiful establishment year-round; we have the Friends of Willistead to thank for that. They are a non-profit volunteer organization that works to raise funds that are used for restoration, preservation and acquisitions on behalf of Willistead Manor. The 65 members who make up the Friends work tirelessly to organize and execute all the events in which visitors can take part throughout the year. The Friends of Willistead decorate the manor during the Christmas Tours, or hold the luncheon during Art in the Park. There are plenty of events throughout the year that these Friends make possible for the community.

As the holiday season is fast approaching, visitors eagerly anticipate Christmas at the Manor. The decorating of the manor is something that is planned well in advance, so it’s always a busy time for the members. They decorate the conservatory, the butler’s pantry, Mrs. Walker’s dressing room, the morning room, the Great Hall, and the Walkers’ bedroom, as well as the cabinet located in the second-floor hallway. The transformation begins in November to prepare for the Christmas tours that run from December 1 to 22 on Sunday afternoons and Wednesday evenings.

Christopher Lawrence Menard, who is the cultural development and Willistead Manor coordinator for the city, says the Friends of Willistead follow a long and detailed process to ensure the Christmas tours dazzle visitors every year. “Kathie Renaud, with the FofW, believes that the people come out to the manor each year to see the decorations, to get new ideas, to check out the themes and to imagine what it would be like to live in such splendour,” says Menard. “Our holiday tours are one of the highlights of the year, providing an opportunity to experience the magic of Windsor’s historic gem. There is never a bad time to see Willistead Manor. But there is something truly special about walking through the gated courtyard, through the gigantic front door, and stepping into the Great Hall when it is glistening with lights, wrapped in garlands, and dominated by a breathtaking tree all decked out. That image stays with you long after you’ve left the building.”

In 2020, the Friends of Willistead will be celebrating their 40th year as an organization, with hopes of continuing their passion for preserving the enriching history of Willistead Manor for years to come. “The City of Windsor is honoured and proud to operate and care for Willistead Manor,” says Menard. “The events, programs, and initiatives we develop and host are about helping people create special moments and memories. They’re about bringing new audiences into Willistead Manor, and finding non-traditional ways of connecting people to this incredible heritage facility in our community. Willistead is so many things to so many people—wedding venue, meeting location, photo op, museum, gallery—it’s a part of holiday traditions and is connected to many memories and stories of people from all across Windsor-Essex. The ‘At the Manor’ series lets us show off the manor, show what it’s capable of, and make it accessible to new and developing audiences at a time when the community craves unique, unforgettable experiences.”

In with the Old: Tips for Recycling Your Children’s Items