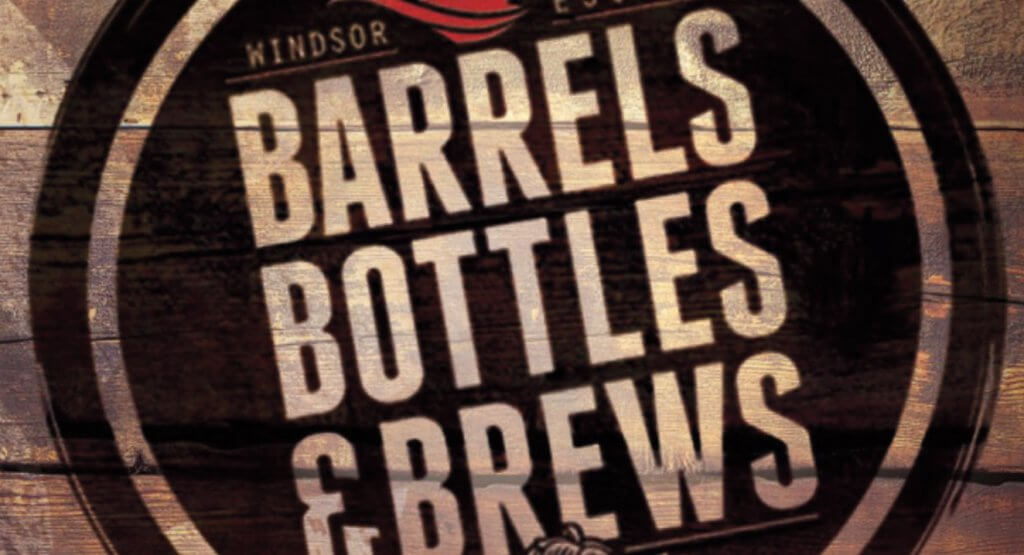 Most of us have a nostalgic story from our youth about the first time we experienced the taste of beer. I remember the sound of bottles clinking together as my best friend rolled them in a towel so we could sneak them out of the house. “Shhh, she’s going to hear you!” I hissed at her, thinking my mother was about to discover us at any moment. I can’t even remember the name of the beer because there was a time that I thought there was no difference from one beer to another. That certainly has changed over the years as craft breweries are changing the way we not only think about beer but how we are enjoying it as well. Providing flavourful beer to customers seems to be a consistent theme when talking to brewery owners.

Beer lover and radio personality on the River Greg Gnyp says, “Windsor is beginning to find its way in the craft beer game. The city has some breweries making an interesting array of beers.”

Mike Brkovich is the owner of Walkerville Brewery and his passion for the brewery comes in the form of keeping history alive in the community, history that dates back to the 1880s. The brewery recently won six awards from the 2019 Ontario Brewing Awards, one being gold for its Purity Pilsner in the category of pale bitter European. Brkovich has invested a lot in the community and believes that Walkerville Brewery is the “fabric of Walkerville.” He has watched families grow up at the brewery as they then begin to bring their children and grandchildren into his establishment. The brewery recently purchased a nanosystem small brewery that will allow Brkovich to experiment with small batches and bring new flavours to the brewery.

Chapter Two started out as a dream of a man cave by owners Tom Gelinas, Terry Dube, and Chris Holt. The men knew that they wanted to start the venture of creating a brewery that tells a story. “All our customers are our favourites,” Head Brewer and Operations Manager Michael Beaudoin says, likening the brewery to the bar on Cheers. Holt started things off by teaching his partners how to brew beer right in his driveway and that was where it all began. They love to tell stories and if you swing in for a beer, start asking about the story behind the beer label, Three on a Leash—you won’t be disappointed. “One of my favourites is the Cantina Ale from Chapter Two Brewing Co. It’s only available at the Grand Cantina, so it’s an absolute delight whenever I’m at their restaurant grabbing tacos. I highly recommend it if you’re looking for a truly special brew from our area,” says beer fan Dean Scott.

With a love of preserving heritage and old buildings, the owners—siblings Nicole, Jason, and Carrie Sekela—found a place in bad repair, revitalized it, and created Sandwich Brewery. It is a unique location that is open concept, which allows you to be part of the brewing experience. On the second floor, there is a viewing area that grants you access to the process of making beer which would be fun for the whole family. “Sandwich Brewery has taken beer to another level and their White Bronco IPA is such a pretty beer,” states Greg Gnyp.

FRANK Brewing Company was another recipient of awards from the 2019 Ontario Brewing Awards. They won bronze with its Honey Habanero in the category for spiced beer and a bronze for its No-Nonsense in the category of pale bitter European. The brewery was started by brothers Shane and Steve Meloche, who have worked in the food industry for years. They added Chief Brewer Brad Wright and now the trio is making magic. Shane believes that brewery beer is not just a science but an art. He loves to bring excellent quality beer to his customers who want to invest in a local business.

What started off as experimentation in the prep kitchen of Jack’s Gastropub turned into Banded Goose Brewing Co. It was discovered pretty quickly that they could produce small-batch, flavour-forward beers. The owner’s passion for the food and beverage industry dates back 30 years. “I think our main focus for the past 10 years has really been to help establish Kingsville and surrounding area as a destination tourism market,” says Operations Manager Trevor Loop. “We have known firsthand what an awesome area it is that we live and work, and hope to share this with many more people.”

Standing at the bar and sampling a delicious brew called Under the Sea Salted Caramel, I felt as if I had died and gone to salted caramel–covered heaven. Walking into Craftheads Brewing Company, with its bar that includes 30 taps, you know you are going to have a large selection at your fingertips. As a small brewery, they are able to experiment with new flavours all the time. It started with two friends who wanted to knock something off their bucket list and who had a dream of building a community in downtown. Owners Bryan Datoc and Steve Fabischek are very much involved in the daily operations of the brewery and want the community to know that everyone is welcome at their bar. “Craftheads Brewery is pushing limits and ideas with their beers and flavour combinations. They are always a drink adventure,” says fan Greg Gnyp.

There are several really good reasons to venture out and try some of the local brews being created right here in Windsor.

Explore & pour the ten craft breweries & two distilleries
in Windsor Essex that make up the Barrels Bottles & Brews trail!
Link to www.barrelsbottlesbrews.ca to check out the two programs – including the free Explore and Pour Passport to guide you across the region, or purchase your Flight Log today for $25 and get a tasting flight at all 12 partners on the Barrel Trail.

KōNA Sushi: Rolling Up Their Sleeves